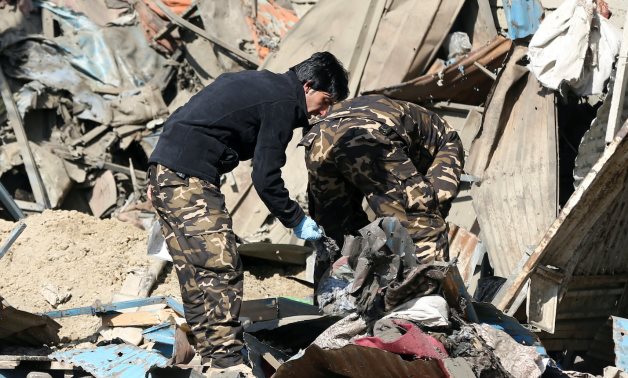 Egypt has, in the strongest terms, condemned an attack targeting a convoy of the United Nations Assistance Mission in Afghanistan’s capital, Kabul.

Egypt expressed its sincere condolences and sympathy to Afghanistan and the families of the victims, while emphasising its stance of solidarity in the face of the recent series of brutal attacks on the country. It has also expressed its solidarity  in confronting all forms of violence, extremism, and terrorism.

The mission confirmed that no UN personnel were injured in the attack, which occurred in the Surobi district outside Kabul. The attack hit a vehicle of the Protection Service Directorate that was accompanying the UN convoy.

Violence has escalated in Afghanistan in recent months, despite the involvement of the Taliban and the Afghan government in peace talks in Qatar since last September.

The negotiations failed to achieve any breakthrough, while the Taliban carried out daily attacks targeting government forces in rural areas. Violence is particularly high in the capital as prominent Afghans, including journalists, activists, judges, and politicians, are being targeted, a new tactic that has heightened fear and chaos in the restive city.