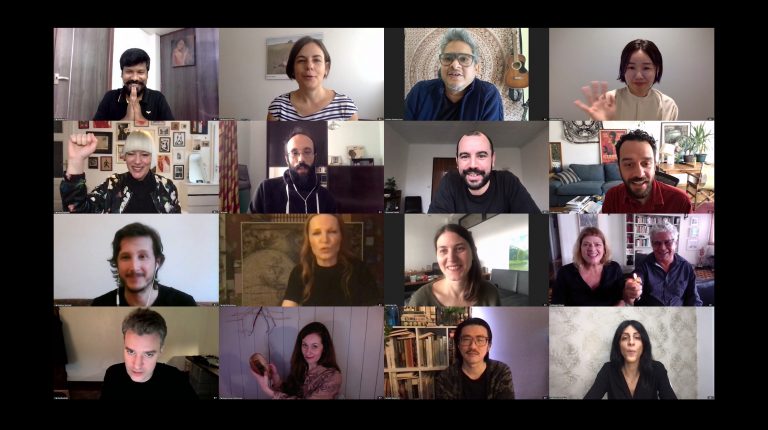 After a thrilling week in which audiences across the Netherlands experienced the International Film Festival Rotterdam (IFFR) from home, the first part of the festival’s 50th edition came to a close.

Hundreds of festival goers were unable to attend this year on what was expected to be a celebratory edition, commemorating 50 years of the prominent Dutch Festival. However, the IFFR managed to screen dozens of films from all over the world, and honour the best of them amid the presence of esteemed juries.

Festival director Vanja Kaludjercic said, “In these most challenging of times, we are incredibly proud to have brought an outstanding selection of titles in our reimagined festival format.”

“The expanded Tiger Competition included 16 films that reflect the plurality of voices and visions of talent that will continue to deliver great cinema for years to come,” she added, “What we learned from this experience is that as resilient as the industry is, so are our audiences, who fully embraced and celebrated the first chapter of this year’s festival.”

Katz was praised by the jury for her “radical choices regarding narrative, structure and cinematography”, which came together in an empathetic, deadpan, and at times absurd look at a young man’s struggle through life.

IFFR audiences voted to give the BankGiro Loterij Audience Award to Quo vadis, Aida? by Jasmila Žbanić, for her portrayal of the Srebrenica massacre. Her drama will have profoundly touched local viewers, by using the perspective of a UN interpreter working with Dutch Battalion soldiers who ultimately failed in their efforts to de-escalate this horrifying conflict.

A jury of international film journalists from the Fédération Internationale de la Presse Cinématographique awarded the FIPRESCI Award to The Edge of Daybreak, their standout Tiger Competition title.

Thai filmmaker Taiki Sakpisit used a “mysterious atmosphere and rich imagery” to depict the “trauma and violence” of decades of political turmoil in this despairing family chronicle.

IFFR’s Youth Jury selected La nuit des rois by Philippe Lacôte for the Youth Jury Award. The jury were amazed by the film’s “ground-breaking blend of genres”, which included dance, poetry and prose. It took place in the surroundings of the La Maca jail outside the city of Abidjan, Côte d’Ivoire, creating an “innovative, enchanting” film.

The latter film was described by the jury as “an empowering tool to join forces, speak up and reach unexpected audiences”.

Norwegian director Ane Hjort Guttu won the KNF Award for her short film Manifesto which, with its satirical view on art and contemporary society, was the standout Tiger Short in the eyes of the Kring van Nederlandse Filmjournalisten jury.

The IFFR has also nominated Flowers blooming in our throats by Eva Giolo for the short film category of the European Film Award (EFA).

During the awards ceremony, the American filmmaker Kelly Reichardt was presented with the Robby Müller Award, which honours an “image maker” (director of photography, filmmaker or visual artist) in the spirit of the late Dutch cinematographer.

The jury announced last December that Reichardt, whose film First Cow was a Limelight title in the 2021 edition, would be given the award. This was based on her “liberating independence and clarity of aesthetic vision”, and for “creating pristine, unforced images in which the narrative can unfold and evolve, and the viewer’s gaze can wander.”

Tiger Competition 2021 winners Pebbles, I Comete – A Corsican Summer, and Looking for Venera will be made available to watch on IFFR.com.

The three Ammodo Tiger Short winners – Maat Means Land, Sunsets, everyday and Terranova – will also be made available in the form of a single compilation during the same time frame. These will run alongside the Big Screen Competition 2021 winner El perro que no calla and BankGiro Loterij Audience Award winner Quo Vadis, Aida?

Winner of the Special Jury Award: I Comete – A Corsican Summer by Pascal Tagnati

Jury report: “In this pleasant Mediterranean reverie about his home village, the director shows us in an observational approach the daily life which centres on friends, football, infidelity, fertility, and family traditions. In the beginning the spectator is just a witness of these slices of life in the Corsican village, but gradually you start to feel part of it and grow familiar with the villagers and their dreams, fears and their collective joie de vivre. I Comete – A Corsican Summer is a true love letter of humanity brought to us through a refreshing look on contemporary cinema.”

Winner of the Special Jury Award: Looking for Venera by Norika Sefa

Jury report: “With purposeful restraint and unassuming sincerity, camera work and sound come together to capture an intimate slice of life, where what has been hurriedly swept under the carpet is all but forgotten. In Looking for Venera the humdrum minutiae of the everyday are delicately imbued with the precarious, yet resilient quest to find one’s young self.”

The winner of the VPRO Big Screen Award is chosen by a jury of five dedicated audience members. The film wins a guaranteed theatrical release in Dutch theatres, and will be broadcast on Dutch TV by VPRO and NPO. In addition, a €30,000 prize is awarded, equally shared between the filmmaker and the distributor who releases the film.

Jury report: “The film we chose as the winner left a big impression on us all. The film sets a tone from the start with a brilliant opening scene and as the story unfolds, we are drawn into the daily life of a young man who tries to find his place in a world which, at a certain point, becomes uncannily familiar.”

The Robby Müller Award honours an ‘image maker’ (director of photography, filmmaker or visual artist) who, in the spirit of the late Dutch cinematographer Robby Müller, has created an authentic, credible and emotionally striking visual language throughout their oeuvre. The Award is a collaboration between IFFR, the Netherlands Society of Cinematographers (NSC) and Andrea Müller-Schirmer, Robby Müller’s wife.

Jury report: “We see in Kelly Reichardt, not just a liberating independence and clarity of aesthetic vision, but also someone who, in a self-evident way, carries on Robby Müller’s legacy. They share a talent for depicting the American landscape in all its variety as much more than a supporting character, and for portraying humans in the most subtle and sensitive way.”

In the Ammodo Tiger Short Competition, 22 films between 1 and 63 minutes long competed for one of three equal prizes worth €5,000.

Jury on Sunsets, everyday: “This is a daring film that uses cinematic tools, visual and symbolic cues to invite the viewer into a sensitive subject-matter. The jury was impressed with the filmmaker’s capacity to have realised such complex work remotely. In the work, the artist challenges the authority of the filmmaker and opens up the agency of the spectator. It’s a layered work that engages the viewer into an intimate process, one that has to be decoded and encrypted and one that forces us to bear witness and actively consider the details presented in order to gain an understanding of the underlying narrative.”

Jury on Terranova: “This film welcomes you to an imaginative city. Each scene treats you to a phantasmagoric vision and soundscape of a transmuting urban landscape. Both the film and the mapping of the city develop freely in an organic process of meandering. It escapes and reconstructs spaces, offers a new take on experimental documentary and reimagines magical realism within film. The directors know their film history well.”

Jury on Maat Means Land: “With razor-sharp editing, the filmmaker keeps the viewer on the edge of their seat. If this savvy collage belongs to a digital native from our post-media era, it is also embedded within another understanding of the “native”: that of First Nations and their never-ending struggle for de-alienation from the cultural and urban colonial fabric. It is an insight into grassroots organisations’ process of negotiating the social fabric of western societies and the evolution of such coexistence.”

In addition, IFFR also nominated Flowers blooming in our throats by Eva Giolo to the short film category for the European Film Awards (EFA), which will be presented at the EFA ceremony in December 2021.

Following online screenings on IFFR.com, audience members who purchased a ticket are invited to rate the film through online voting. The BankGiro Loterij Audience Award, worth €5,000, is granted to the film which received the highest average rating in the audience poll during the festival.

Winning film: The Edge of Daybreak by Taiki Sakpisit

Jury report: “For its mysterious atmosphere and rich imagery in depicting trauma and violence, for its capacity of dealing with 40 years of political turmoil through a powerful and hypnotic cinematic journey, and for its compromise with the past in order to confront the present and the next future, the FIPRESCI prize for IFFR 2021 goes to The Edge of Daybreak by Taiki Sakpisit.”

A jury from the Kring van Nederlandse Filmjournalisten (Circle of Dutch Film Journalists) selected their highlight from the Ammodo Tiger Short Competition for the KNF award.

Jury report: “This film looks like a documentary, but you start to ask yourself whether what you see is real. Nothing, however, is further from the truth. It makes a clear statement about the nature of art, and itself serves as a metaphor of this notion.”

The IFFR Youth Jury Award is awarded to the film that makes the biggest impression on IFFR 2021’s jury of young people based in Rotterdam.

Jury report: “The film we have chosen as the winner is a ground-breaking blend of genres that celebrates the many traditions of storytelling in a remarkably atmospheric fashion. It is an interdisciplinary film that combines song, dance and theatrical elements to tell its story.”