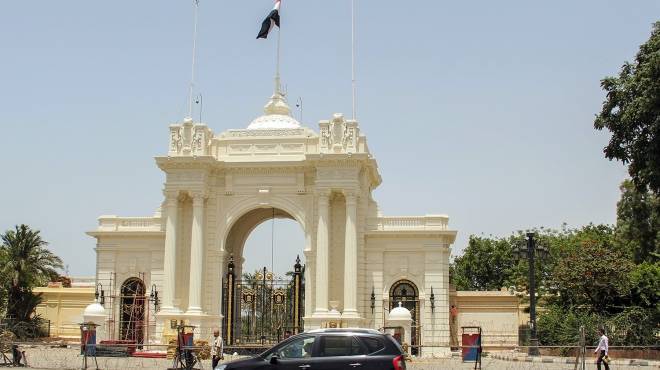 The Al-Qubba Palace in Cairo, one of the largest royal palaces in Egypt, is preparing to open its doors to its first public concert.

Ahmed Obaid, Chairperson of the RMC company, announced on Wednesday that he was involved in preparing for the event.

The Al-Qubba Palace was one of the most important royal palaces during the Mohamed Ali dynasty. It was built during the reign of Khedive Ismail on the remains of an old house owned by his father Ibrahim Pasha.

The construction work on the palace lasted for six years, between 1867 and 1872, and was officially inaugurated by the wedding of Crown Prince Mohamed Tawfik. With that event, the palace became a popular site for the royal family’s extravagant wedding parties.

Following King Fouad’s ascension to the throne of Egypt, the official royal residence moved into the Al-Qubba Palace. King Fouad established a special railway station for the royal train, so that visitors could arrive at the palace from either Alexandria or the main train station in central Cairo’s Ramses Square, now known as Ramses Station.

The palace was also the site of the first recorded Egyptian Radio speech from King Farouk, which took place on 8 May 1936.

The palace became known as Al-Qubba in reference to an older building from the Mamluk era. Surrounded by a scenic lake, it attracted many noble families and aristocrats for walks and fishing trips.

The palace contains suites for the king and the queen, the main dining room, and the main salon to receive the king’s guests, as well as some further rooms for the royal family. The gardens of the palace are home to rare groves and other plants dating back to the era of Khedive Ismael’s reign.