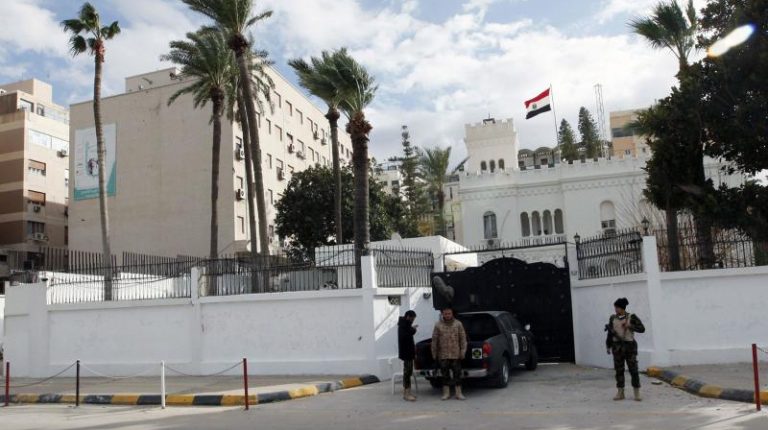 Egyptian diplomatic sources have revealed that a delegation from the Ministry of Foreign Affairs arrived in the Libyan capital, Tripoli, on Sunday evening. The team’s arrival in the neighbouring North African state comes as part of the technical preparations for reopening the embassy in Tripoli and resuming Egypt’s diplomatic presence in Libya during the coming period.

Muhammad Al-Qiblawi, Spokesperson for Libya’s Government of National Accord (GNA), announced that the visit “came on the basis of the talks that the GNA’s Minister of Foreign Affairs, Muhammad Al-Taher Siala, had with Egyptian officials”.

Al-Qiblawi said that arrangements had been made recently with the aim of the Egyptian embassy returning in the capital, Tripoli. This would also include resuming work to provide consular services to all Libyan citizens, including granting entry visas to Egypt.

In December 2020, an Egyptian delegation, on Sunday, visited Libya capital of Tripoli to inspect the Egyptian embassy facilities, which have been closed since December 2019.

The Egyptian President congratulated the two on assuming the executive authority during the next phase, in preparation for holding general elections in the country by next December.