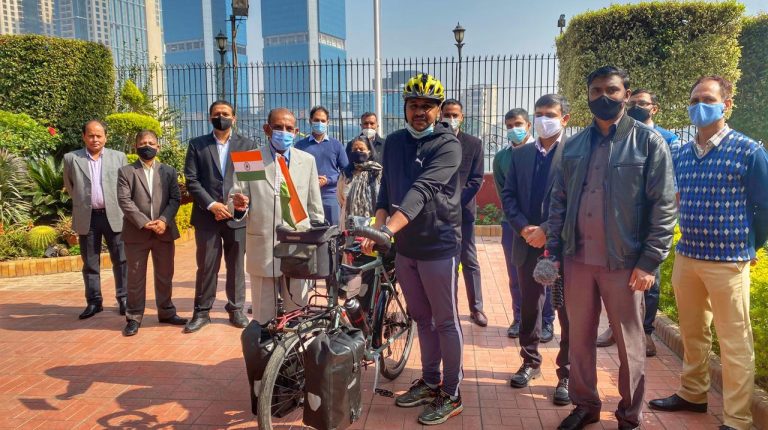 India’s Ambassador to Egypt Rahul Kulshreshth flagged off Raj Phanden from the Embassy in Cairo, on 10 February, as the latter commences with the African leg of his cycling world tour.

Phanden, who is also affectionately known as Cycle Baba and the World Bicycle Traveller, is on a mission titled “Wheels for Green”.

The project aims to create awareness on global warming, climate change and its effect on the human race, agriculture, Ayurveda (the ancient Indian system of medicine), and Indian culture.

On the current leg of his cycling mission, Phanden is starting from Egypt and intends to visit several countries in Africa.

So far, he has cycled more than 55,000 km across 52 countries on his bicycle in the last five years. Among the many countries he has visited on his tours, he has travelled around Sri Lanka, Bangladesh, Nepal, Bhutan, the Maldives, Thailand, Oman, the UAE, Iran, Azerbaijan, as well as many countries in Europe.

Opinion| Thailand looks to a sustainable future: A post-COVID-19 world