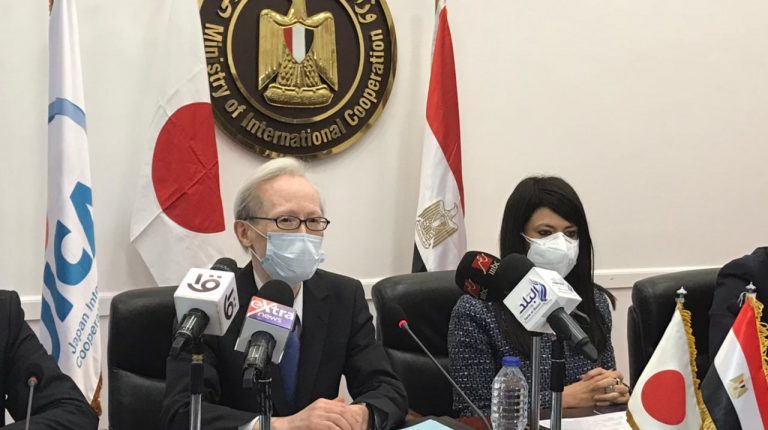 The Japanese government is set to provide a ¥25bn (about $240m) loan to Egypt as part of the “Development Policy Loan for Power Sector Reform”.

The loan agreement was signed by Japan Ambassador to Cairo Masaki Noke and Egypt’s Minister of International Cooperation Rania Al-Mashat.

The size of the loan is the largest since the second loan for the Grand Egyptian Museum (GEM) and a loan for the electricity sector, both of which were signed in October 2016. It is also noteworthy that the aim of this loan is not limited to support the Egyptian efforts for the power sector reform.

It also aims to reduce the country’s fiscal gap, and this is the first time for Japan to extend to Egypt a loan with such an objective. It is hoped that this loan will be used to help ease swiftly the pressure on the Egyptian economy caused by the novel coronavirus (COVID-19) pandemic.

In his statement, Ambassador Noke explained that the goal of the loan is to support the electricity sector reform, one of the key priorities in “The Sustainable Development Strategy (SDS): Egypt Vision 2030”.

He stressed that this support is also expected to encourage Egypt’s role as a regional hub for electricity and energy and be beneficial for the region. This is thanks to Egypt’s geopolitical significance as a hub in the Middle East, Africa and Europe, with Ambassador Noke noting Egypt’s importance for the realisation of the “Free and Open Indo-Pacific”.

He also pointed out that as this loan may be used flexibly, and can help improve the Egyptian economy affected by the COVID-19 pandemic.

The Ambassador said that this loan is an expression of solidarity from the Japanese people towards their Egyptian friends during the challenges of COVID-19.

In the context of the fight against COVID-19, Japan has been working with Egypt very closely. For instance, Japan agreed to grant ¥1bn ($9.5m) for the procurement of CT scanners and other medical equipment for Egyptian hospitals.

The country has also contributed more than $6m through international organisations for the support of Egypt’s medical and health sector and vulnerable population, especially women and children.

The “Development Policy Loan for Power Sector Reform” is part of a co-finance programme, jointly supported by the African Development Bank (AfDB) and the French Development Agency (AFD).)