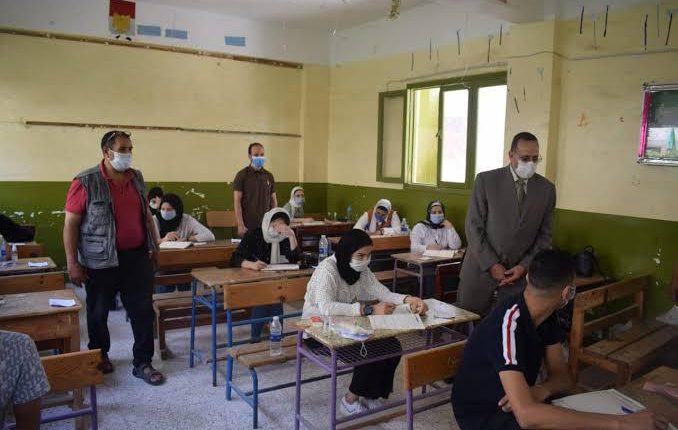 The minister noted, however, that the date may change depending on the situation regarding the novel coronavirus (COVID-19) pandemic.

Mohamed Megahed, Deputy Education Minister for Technical Education Affairs, was quoted by Akhbar El-Youm as saying that the ministry has no intention to cancel the technical diploma exams for the 2020-2021 academic year.

He said that the technical diploma exam is a general certificate, and its examinations must be held, with the ministry aiming to hold them in June.

However the exact date of the exam will be announced later, depending on the situation relating to the pandemic in Egypt, he added.

Meanwhile, Minister of Higher Education and Scientific Research Khaled Abdel Ghaffar said, on Sunday night, that first semester exams at Egypt’s universities will not be replaced by research papers.

This is in contrast to the arrangements made last year during the first wave of the coronavirus, in which students were allowed to conduct research as opposed to sitting exams.

Speaking to local media, the minister said that the first semester exams will be held starting from 27 February. Students will either sit written exams at their faculties, or take online exams should they be attending universities that had earlier announced they have the required infrastructure to do so.

Abdel Ghaffar said that university students can submit an official request to postpone their courses and exams for a year.

The minister asserted that all universities will continue the application of hybrid education, which combines in-person classes and online classes.

The majority of Egypt’s private universities are qualified to conduct online exams due to their advanced facilities and the small number of students registered in their courses, head of the Supreme Council of Private Universities Mohamed Helmy told Al-Watan newspaper in December.

Alam El-Din added that some faculties, including the Faculty of Mass Communication, have decided to conduct exams online.

The Supreme Council of Universities will meet, next Saturday, to announce the schedule of mid-term exams and the timetable for the second semester.

On Sunday, Minister of Education and Technical Research Tarek Shawky announced the plan taken by the government for holding mid-term exams, and resuming study for the second term.

Among the most important decisions taken was giving students between Grades 4 and 8 a collective test that covers all the main subjects instead of first semester exams.

The decision excludes students from Grades 9 to 12, who will take the exams at the end of the academic year. In addition, according to the new educational system, pupils in those classes lower than Grade 4 will be exempted from exams.