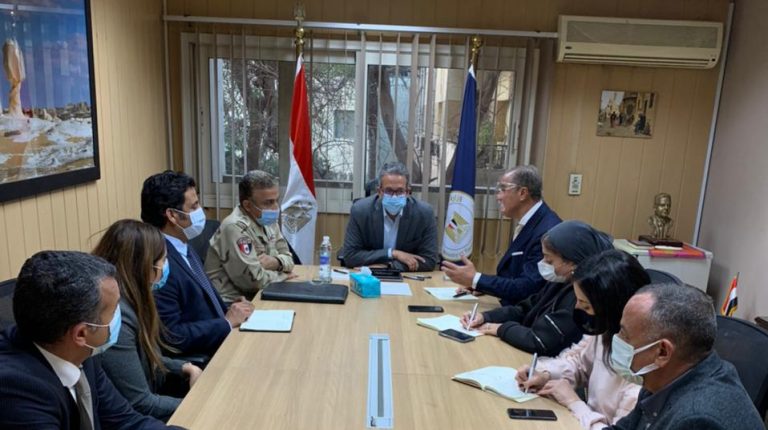 Egypt’s Minister of Tourism and Antiquities Khaled El-Anani has met with a high-level team from the Grand Egyptian Museum (GEM), to discuss the new museum’s work and the promotional campaign.

Present at the meeting were: Major General Atef Moftah, General Supervisor at the GEM and the surrounding area; Al-Tayeb Abbas, Assistant Minister for Archaeological Affairs at the GEM; and Mostafa Waziri, Secretary-General of the Supreme Council of Antiquities.

During the meeting, the participants discussed the progress of work at the museum, and the process of transferring archaeological artefacts to their permanent display there.

El-Anani stressed the need to complete all work and preparations on time, overcoming all obstacles, whilst guaranteeing full coordination between all concerned parties.

These will be displayed along streets and in other public places, via television stations, news agencies, international and local newspapers, and on social media.

The meeting also included the presentation of new ideas to serve in a promotional context of the campaign, in a way that positively reflects the promotion plan for the opening of this huge project.