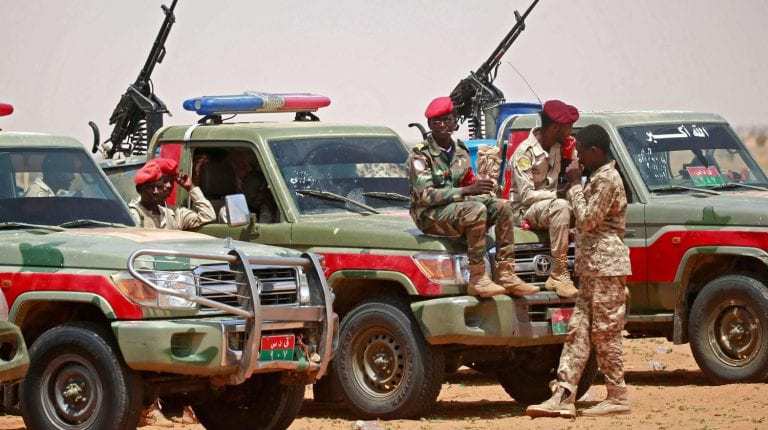 Ministry of Foreign Affairs of Sudan condemned, on Sunday, the entry of Ethiopian forces into the disputed border areas between the two countries, blaming Ethiopia for the consequences of this “aggression”.

In a statement, the ministry said, “Sudan condemns and denounces the aggression made by Ethiopia forces by entering lands that belong to [Sudan] legally.”

The ministry added that this comes in direct violation of Sudan’s sovereignty and territorial integrity, the values of the neighbourhood and positive interaction between countries in a way that enhances stability and security.

It also said, “Ethiopia’s assault on Sudanese soil is an escalation that is regrettable and unacceptable, and that it would have dangerous repercussions on security and stability in the region.”

The Sudanese Ministry of Foreign Affairs stressed that “Sudan holds Ethiopia fully responsible for the consequences of its aggression”. It also called on Ethiopia to “immediately cease its encroachment on its territory, and to amend the dialogue and keen to complete the redrawing of the agreed-upon borders and marking them”.

Sudanese military sources told Sky News Arabia that Ethiopia had committed a series of violations over the past few days. The sources indicated that the Sudanese authorities had spotted Ethiopian crowds on the border between the two countries.

The border between the two countries witnessed several skirmishes during the past weeks, after Sudanese forces advanced and extended their control over most of the Al-Fashaqa area.

On Saturday, a member of the Transitional Sovereignty Council in Sudan, Lieutenant General Shams Al-Din Al-Kabbashi, accused Ethiopia of practicing something akin to Israeli settlements, during its encroachment on Sudanese lands in the Al-Fashaqa area.

Al-Kabbashi stressed that Sudanese forces would not retreat from an inch of the lands they had regained in the Al-Fashaqa area from the Ethiopian side.

He emphasised that Sudan had regained a large part of 90% of its lands, noting that only about three points remained. He said that Sudan hopes that it will be resolved by negotiation and that it will not be forced to dispossess them by war in order to regain its lands.

Addis Ababa questions the internationally recognised borders between Sudan and Ethiopia, according to the Major Qawen Line of 1902.