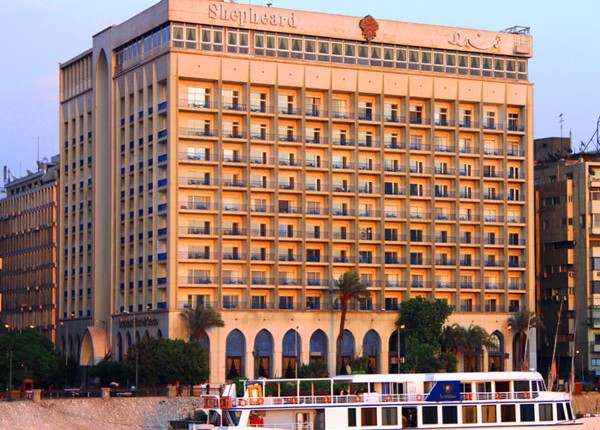 The Al-Sharif Holding Group has signed a long-term financing contract with the National Bank of Egypt (NBE) that will contribute an EGP 978.2m loan to the Shepherd Hotel development project. The loan, which will go towards the projects total cost of EGP 1.4bn, comes with an interest rate of 8% and a grace period of 3.5 years.

Sharif Nawwaf bin Fayez, CEO and board member of the Al-Sharif Holding Group, said that the facilities granted by the NBE are strong evidence of the trend towards pushing the economy forward.

In light of the current challenges and the prevailing situation due to the novel coronavirus (COVID-19) pandemic, it also serves to encourage Arab and foreign investment in Egypt.

Fayez described the loan as an important step for the group’s presence in Egypt and the expansion of investment in the field of tourism and hospitality, considering it a new addition to the group’s business.

For his part, Hussein Al-Nattai, First Vice-President of the Al-Sharif Group, said, “These facilities are the beginning of new fruitful business relations with the NBE. We have great confidence in the success of this project to be a distinguished tourist destination to attract the public from all over the world.”

NBE Deputy Chairperson Yahia Aboul Fotouh said that the hotel management process will be entrusted to a global 5-star management company operating for the first time in Egypt. The company’s entrance into the domestic market reflects global confidence in the Egyptian tourism market.

Aboul Fotouh noted that the financing comes as part of the NBE’s continuous support for Egypt’s tourism sector.

Tourism is one of the country’s most important economic sectors and a major source of foreign currencies.

Sherif Riad, CEO of Corporate Banking Credit and Syndicated Loans at the NBE, said the process of renovating and upgrading the hotel is expected to take 42 months. The hotel is expected to open by the end of 2024. Work on the hotel includes the development and modernisation of all services and facilities, while increasing its capacity from 260 rooms to 316 rooms and suites.

Last March, Al-Sharif Holding Group signed a comprehensive development contract with EGOTH. Under the contract, the company will finance the overall development of the hotel with a five-star quality of service, and stipulates a 75% reliance on local products.

The Shepherd Hotel, which was originally located in the Azbakeya neighbourhood, is one of the oldest historic hotels in Egypt. Following its destruction in the Cairo fire of January 1951, the Egyptian Government decided to rebuild it in the upmarket district of Garden City. The new hotel, overlooking the River Nile, was reopened in 1957.

Al-Sharif Holding Group obtained the usufruct of the Novotel Cairo Hotel, in addition to its electricity contracting business. Its total investments in Egypt will stand at about EGP 2.5bn after completing the development of the Shepherd Hotel.