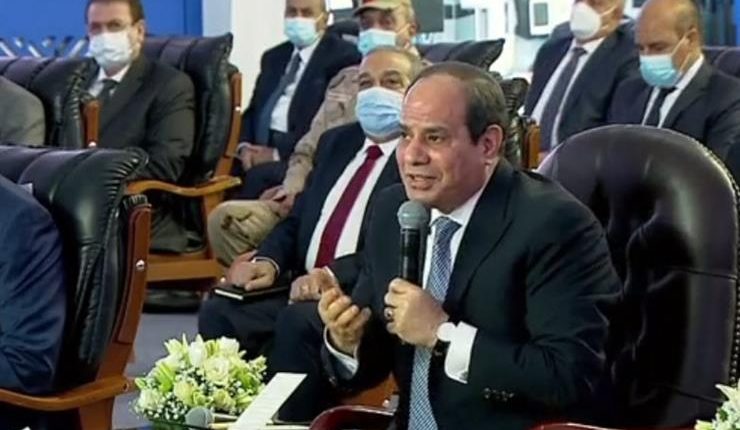 The President also said that the elimination of the Hepatitis C virus in Egypt has contributed to preserving citizens’ health during the novel coronavirus (COVID-19) pandemic.

Al-Sisi’s remarks came during his inauguration of the Healthcare Complex in Ismailia, as well as a number of other projects in the health sector.

Presidency Spokesperson Bassam Rady said that the complex consists of a number of medical centres covering all specialties, and which include ER departments. The complex was established as part of the Universal Health Insurance System in Egypt.

Al-Sisi added that the initiative to eliminate waiting lists had also contributed to reducing the death rates during the COVID-19 pandemic. He said that nationwide health initiatives are aimed at alleviating the suffering of citizens, adding that the Egyptian state is serious about facing various challenges.

The President expressed his appreciation for Egypt’s health workers who are sacrificing their lives to protect the country’s citizens against the pandemic.

Egypt’s Minister of Health and Population Hala Zayed said that the reforms targeting the health system aim to include all Egyptian citizens.

The Minister indicated that President Al-Sisi had directed for the launch of a comprehensive health insurance system in 2016, stressing that the system will include all Egyptians through an automated mechanism.

She highlighted a number of projects and initiatives that have taken place in Egypt in recent years, which have worked to improve access to high quality health care across the country.

Zayed said that, for the first time in June 2020, Egypt established a specialised centre for treating kidney diseases. She also indicated about 23 health units were developed to meet the international standards, costing more than EGP 3bn.

She confirmed that more than 12 million women have been examined as part of the Egyptian Women’s Health Initiative.

The minister confirmed that Egypt had succeeded in eliminating the Hepatitis C virus, adding that 70 million citizens have been examined as part of the initiative to eliminate the virus, at a cost of EGP 5.5bn.

Zayed also referred to several other aspects of Egypt’s drive to providing healthcare to its citizens, indicating that initiatives aimed at developing the health care system have supported the country’s ability to combat the emerging coronavirus pandemic.

The Minister of Health explained that the tumour recurrence rate has decreased by 40%, explaining that developing villages will qualify all governorates to enter the comprehensive health insurance system.

Zayed confirmed that Egypt is also set to be one of the five largest manufacturers of plasma derivatives in the world.

The minister stressed that the cost of developing the ambulance system amounted to EGP 846m, explaining that the total cost of the initiative to eliminate waiting lists amounted to EGP 6bn.