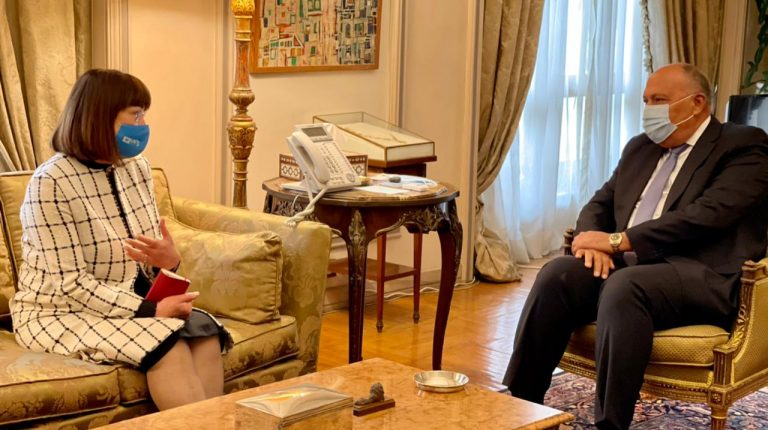 Ahmed Hafez, Spokesperson for the Ministry of Foreign Affairs, said that Shoukry welcomed the Banova as she took up her new position.

The minister expressed Egypt’s aspiration to coordinate and cooperate with the international organisation, and expressed his appreciation for the UN’s efforts as a key partner for development in Egypt.

He also noted the UN’s efforts in existing development projects between the two parties, which contribute to support of national efforts to achieve the UN’s sustainable development goals (SDGs).

Hafez added that Shoukry referred to the active role that Egypt, in cooperation with many partners, has played, to launch initiatives aimed at activating international multilateral action. These have been set up to confront the repercussions of the novel coronavirus (COVID-19) pandemic, with a focus on the needs of developing countries and the neediest.

For her part, Banova expressed her happiness at receiving the duties of her new position, and her aspiration to intensify cooperation with Egypt during the coming period.

She praised a number of Egyptian development initiatives that the government has recently implemented, and the Egyptian state’s handling of the pandemic at the national level.