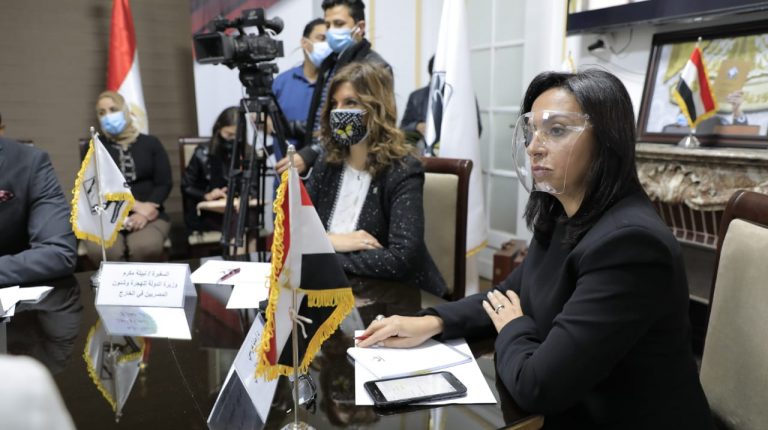 Egypt’s Ministry of Emigration and Egyptian Expatriates Affairs has launched the Set B Meet Ragel (“One woman is equivalent to 100 Men”) initiative, to highlight the efforts of Egyptian women abroad.

In a ministry statement, the initiative also aims to highlight their role around the world in supporting Egypt’s work. Sarah Al-Amin, an activist in the field of development and environment in Africa, will be an ambassador for the initiative.

The initiative’s launch was announced during Minister of Emigration and Egyptian Expatriates Affairs Nabila Makram’s participation in a roundtable entitled “The role of civil society in the advancement of the developing country”. The roundtable took place in the presence of Maya Morsi, President of the National Council for Women (NCW), and Sarah Al-Amin.

In her speech, Makram praised the work carried out by the Coordination of Youth Parties and Politicians, and stressed that today’s topic is one of the most important issues faced by Egypt. She added that her ministry is a link between Egyptians abroad and state institutions within Egypt.

Meanwhile, Morsi applauded the support of the political leadership for Egyptian women. She said, “We are living in a golden age with the positions and privileges reached by Egyptian women, in addition to giving women the opportunity to engage in political work”.