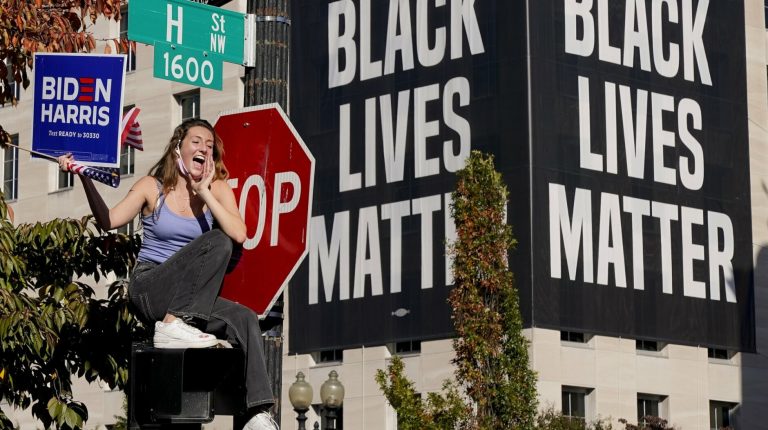 Every year in February, the US and Canada celebrate Black History Month, in memory of the prominent personalities and important events in the history of the African diaspora.

Although it is celebrated annually in the US and Canada in February, the UK celebrates it in October. The commemoration of this memory began in 1926, introduced by historian Carter J. Woodson, known as the “father of Black history”.

It was this historian who helped establish the field of African-American studies. Woodson called it “Negro History Week”, and chose the second week of February. The choice coincides with the birthdays of two American personalities with the greatest influence on the lives and social status of African-Americans, namely former US President Abraham Lincoln, and Frederick Douglass, who supported the idea of ​​abolishing slavery.

By the late 1960s, Negro History Week was celebrated across the US, and eventually evolved into Black History Month on many university campuses. In 1976, President Gerald Ford officially recognised Black History Month. In his speech, President Ford urged Americans to “seize the opportunity to honour the too-often neglected accomplishments of Black Americans in every area of endeavour throughout our history”.

Much has been written about the struggle for freedom for the African-American community. Nevertheless, black Americans’ close association with the Middle East conflict has been overlooked, while black activists used to assert that the challenges black Americans faced are closely related to freedom struggles in Africa and Asia.

In fact, African-American activists are among the most important supporters of the Palestinian people in the Arab-Israeli conflict, and have been so since the 1960s and 1970s. They interpreted it in ways related to their lives, considering the Palestinian issue as one of their priorities.

They saw Palestinians as kindred people of colour, waging the same struggle for freedom and justice as themselves. It was the Black Power movement in the 1960s that issued the first significant pro-Palestinian, anti-Israel viewpoints ever to reach a large American audience outside the hard Left.

Thus, concerns over the Arab–Israeli conflict spread across mainstream black politics and into the heart of the civil rights movement itself during that time. Famous black activists such as Martin Luther King Jr, Malcolm X, and Jesse Jackson visited parts of Arab Palestine, and issued public statements about the Arab-Israeli conflict.

Black representatives in Congress, and even boxer Muhammad Ali, visited the Middle East during that turbulent period, where they met Palestinians of all sects, including Palestine Liberation Organization (PLO) Chairperson Yasser Arafat.

In reality, black activists hailed the Palestinian struggle against Israel as part of a fundamental restructuring of the global imperialist order.

Until now, the Palestinian issue is still a concern of African-American activists and human rights defenders. In 2015, over 1,000 Black activists, artists, scholars, students, and organisations issued a statement expressing their solidarity and commitment to ensuring justice for Palestinians and 38 organisations signed on it.

The statement said, “Out of the terror directed against us, from numerous attacks on Black life to Israel’s brutal war on Gaza and chokehold on the West Bank, strengthened resilience and joint struggle have emerged between our movements. On the anniversary of the 48th year of Israeli occupation, and in the fourth century of Black oppression in the present-day United States, we, the undersigned Black activists, artists, scholars, writers, and political prisoners offer this letter of reaffirmed solidarity with the Palestinian struggle and commitment to the liberation of Palestine’s land and people.”

This support was also shown again in the George Floyd demonstrations that began in Minneapolis, Minnesota, in May 2020 in response to the killing of George Floyd, a 46-year-old African-American.

Floyd died during an attempted arrest, after a Minneapolis police officer knelt on his neck, despite Floyd being both unarmed and handcuffed.

Moreover, many of the demonstrations in Palestine raised the image of George Floyd whilst denouncing the practices of the US police against African-Americans. They noted that these methods are similar to the practices of Israeli army officers against Palestinian protesters who deliberately humiliate and kill them in a brutal and degrading manner.

Many American activists saw this comparison as very accurate, especially after the rumour about sending some American police forces to train in Israel. In fact, many expect at the current moment that the Biden administration will be a landmark administration in the history of the United Nations (UN).

They noted that the new administration will have the ability to manage the thorny political files in a more just and humane manner within the framework of a comprehensive peace, on the African-American and Palestinian levels in particular. This is especially since the largest percentage of Biden’s vote in the last elections was by African-Americans.