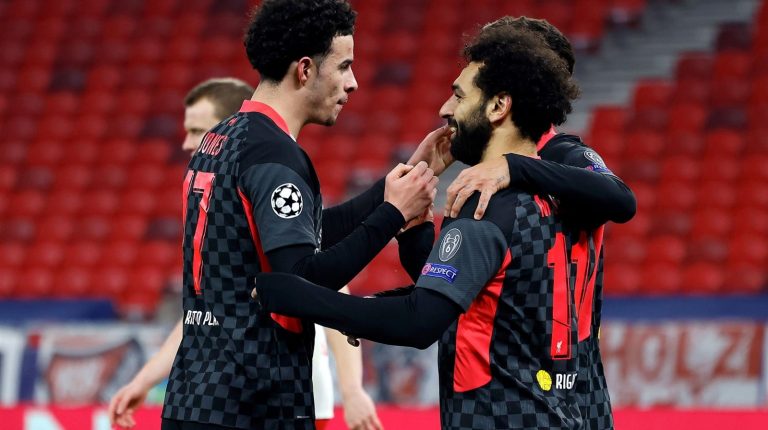 Egyptian legend Mohamed Salah has further proven his position with Liverpool and ensured his name is written in golden letters with his continued successful goal-scoring streak.

The Egyptian led Liverpool in their 2-0 victory over Germany’s Leipzig in the first leg of the last-16 round in the UEFA Champions League. He was also named the player of the match for his sterling performance.

Salah has scored seven goals in the last seven games for his team in all competitions, despite Liverpool’s three consecutive defeats in the English Premier League. Despite this, the Egyptian star has maintained his level and fought for the records.

Liverpool published a picture of the goals scored by Salah on its Twitter account, commenting, “He is not Khufu, not Khafre, and also not Menkaure, but he writes his name in golden letters every night, just like his pharaoh ancestors.”

Salah’s first goal for Liverpool against Leipzig occurred in the 53rd minute of the match, bringing his tally to 24 goals in all competitions with the Reds this season.

Talking about his performance in the match, Salah said, “We played well against Leipzig, which were a strong opponent and we knew how to play [against them].”

He added, “We have to continue working hard because the second leg match will be difficult, and we hope to qualify.”