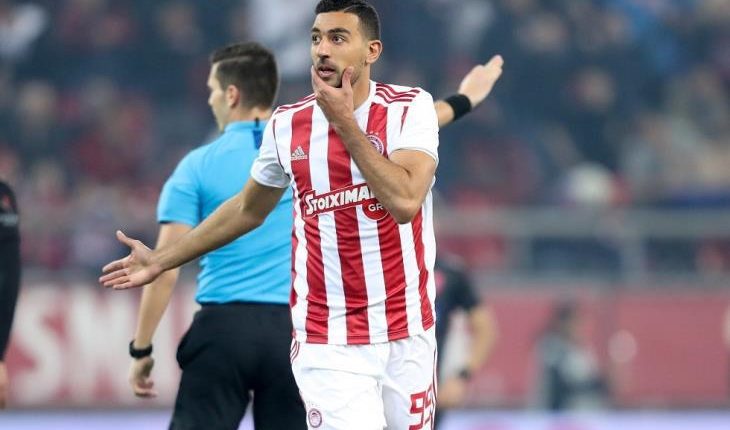 The match will be played in the Netherlands, and will see the Greeks, under the leadership of Portuguese coach Pedro Martins, look to qualify for the next stage. The match coincides with a surge in Koka’s form, as he has performed well with Olympiacos this season.

The Egyptian forward was able to lead his team to victory in more than one match, the last of which was against fellow Greek club Aris Thessaloniki in the Greek Cup tournament, where he managed to score two goals. Koka has scored 10 goals and made four assists in 20 games he played with the Greek team.

Meanwhile, the Europa League will see another difficult clash between Austrian team Wolfsberger and English team Tottenham Hotspur. In recent months, Spurs have seen a decline in performance, which has had an effect on its results in the English Premier League. They won only one of their recent five games.

Moreover, Spanish team Real Sociedad will face English giants Manchester United in a match that has been shifted from San Sebastian to Turin. The shift in location comes on the back of travel restrictions imposed in Spain due to the novel coronavirus (COVID-19) strains.

Manchester United hope to rebound from their last league disappointment against West Bromwich Albion, which ended in a 1-1 draw.

At the Rajko Mitic Stadium, Serbian team Crvena Zvezda will host Italy’s AC Milan, whilst England’s Leicester City will play away against Slavia Praha. Meanwhile, AS Roma will meet Sporting Braga of Portugal, and France’s Lille will host the Netherlands’ Ajax Amsterdam.

A total of seven confrontations will take place on Thursday, the most significant of which is the clash between Arsenal, featuring Egyptian player Mohamed Elneny, and Benfica of Portugal.

Arsenal defeated Leeds United 4-2 in the Premier League on 14 February. The Gunners, however, saw defeat at the hands of Aston Villa and Wolverhampton in previous league matches.

Elneny seeks to find an opportunity to participate and return to the team’s basic line-up, after his absence in the recent period.