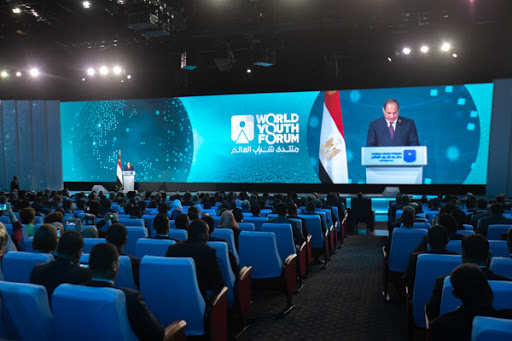 Egypt’s Permanent Mission to the United Nations (UN) in New York has leant its support to the international organisation’s decision to support the contributions of the World Youth Forum launched by Egypt.

The decision related particularly to Egypt’s efforts to address youth issues at the regional and international levels. The international organisation voiced it’s support for the forum’s contributions during the 59th session of the UN’s Committee for Social Development of the Economic and Social Council.

On 16 February, the Committee approved the decision, which was sponsored by Egypt and submitted by Senegal, Cape Verde, Portugal, and Kazakhstan. The decision included a reference to three editions of the World Youth Forum launched in Sharm El-Sheikh in 2017, as an international platform to discuss youth issues.

Ambassador Mohamed Idris, Egypt’s permanent representative to the UN in New York, said that youth issues are currently a top priority on the UN agenda. The decision reflects the Egyptian efforts made in recent years in terms of youth empowerment.

He described the move as recognition of the contributions of the forum’s three editions in discussing contemporary issues related to youth and their role in achieving the 2030 sustainable development agenda.

The Egyptian mission was able to include in the resolution the particular reference to the World Youth Forum, which came with the support of many African delegations. This will help promote the results of the forum, and consolidate its position on the international map, at a time when the United Nations Economic and Social Council is preparing to hold the annual youth forum.