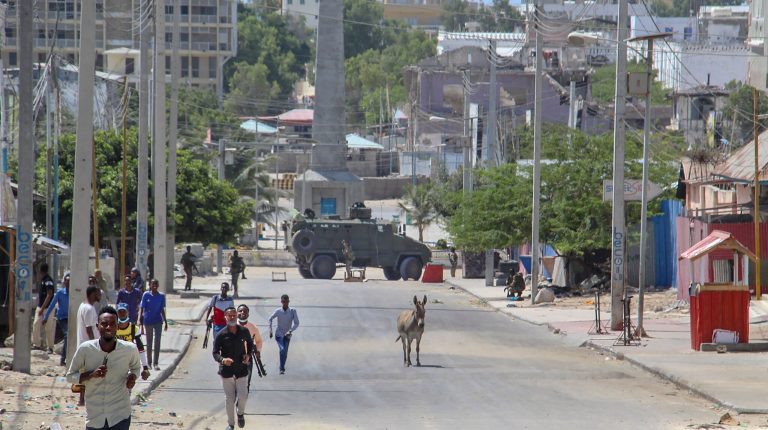 The United Nations said Friday that it was concerned by armed clashes in Mogadishu, the Somali capital, and called for calm and restraint by all parties as security forces opened fire to break up anti-government protests in the city.

The UN urged both the government and opposition presidential candidates to open lines of communication to help reduce tensions in the country.

“The UN in Somalia notes that the clashes in Mogadishu underscore the urgent need for Federal Government and Federal Member State leaders to come together to reach political agreement on the implementation of the 17 September electoral model,” the UN said in a statement.

The statement came amid sporadic gunfire and rockets exploded on the streets of Mogadishu as security forces clashed with protesters pushing for delayed national elections.

The clashes came after the government said its forces foiled an attack on one of its military bases in Mogadishu.

The opposition leaders who organized Friday’s protests, however, accused the government of attacking their positions ahead of the planned rally.

The Council of Presidential Candidates led by former presidents Hassan Sheikh Mohamud and his predecessor Sharif Sheikh Ahmed condemned the incident, saying their positions were attacked by government forces.

“Holding timely, credible elections is a vital element of the partnership between Somalia and the international community,” the partners said in a joint statement issued in Mogadishu.

They said the single agreed electoral process should guarantee the 30 percent women’s quota, and results in a credible and inclusive outcome that serves the national interest.