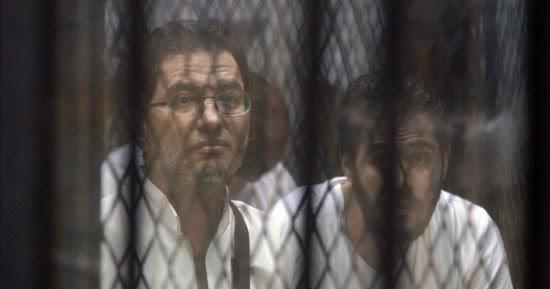 Egypt has placed Abdullah Shehata, the advisor to the late president Mohamed Morsi, in addition to 20 others, on the country’s terror list for five years.

The defendants were charged with the possession of firearms, inflammatory publications, joining a group established in contravention of the law, violating the personal freedoms of citizens, and obstructing the provisions of the constitution.

In 2018, the Cairo Criminal Court handed life sentences to Shehata and 13 others in the case publicly known as “Specific Committees”. A further five others were handed prison sentences of 15 years.

Defendants were placed on the terror list based on Law No 8 of 2015, which gives the general prosecution the right to designate individuals and groups as terrorists. This comes in case it is proven that they carry out hostile activities, including intimidating people or harming them.

According to the law, the general prosecution shall create a proscribed terrorist list that shall then be referred to the Egyptian court, which will have the final say as to an individual’s/group’s designation.

The list includes senior Muslim Brotherhood figures, many of whom fled Egypt following the Morsi’s removal from the presidency in 2013.

The Muslim Brotherhood was designated a “terrorist organisation” months after Morsi’s overthrow. Hundreds have been added to Egypt’s terrorism list in recent years.