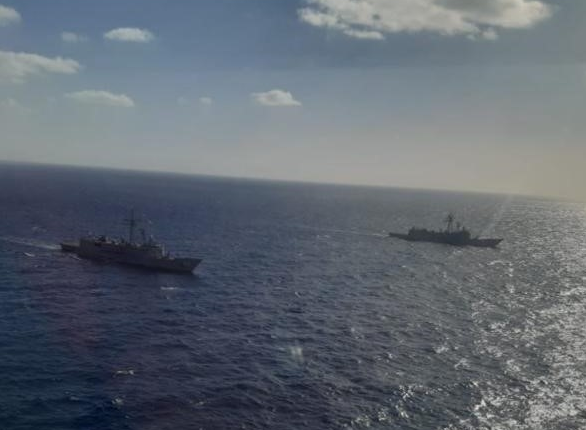 Egyptian and Spanish naval forces have carried out transient maritime training within the Southern Fleet in Egypt’s Red Sea area, according to a statement from Egyptian Military Spokesperson Tamer El-Refae on Saturday.

It saw specialised training for imposing monitoring on suspected ships and maritime security procedures. It also saw various sailing formations that showed the ability of the joint maritime units to carry out their tasks accurately and proficiently.

Additionally, the participants implemented night transportation exercises, as well as moves for exchanging helicopter landings on the rooves of marine units.

The most recent joint training between the two countries is the second of its kind in a short period, in which the Egyptian and Spanish navies have gathered as two forces have deep experiences.

It reflects the importance of these joint exercises in consolidating bilateral relations between the two countries, which contributes effectively in maintaining security and maritime stability in the region, according to the statement.