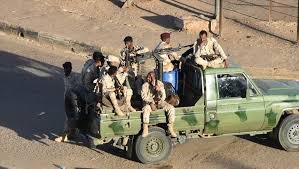 Sudan has called on Ethiopia to put a halt to what it described as “allegations that are not supported by truth or facts,” in light of the escalating border crisis between the two countries.

The Sudanese Ministry of Foreign Affairs said, in a statement on Saturday, that Sudan cannot trust Ethiopia and the latter’s forces to help establish peace. It added that the Ethiopian forces come across the border as an aggressor.

The ministry statement added, “The Ethiopian Ministry of Foreign Affairs issued a deplorable statement that betrays the history of Ethiopia’s relations with Sudan, and degrades its description of Sudan to an unforgivable insult.”

It stressed that Khartoum affirms the historical relations and ties between the Sudanese and Ethiopian peoples, and its keenness on the continuation and development of these relations.

At the same time, it is keen to harness them for the benefit of the citizens in the two countries, and enter into future partnerships that contribute to achieving security, stability, and economic growth.

“The Ministry of Foreign Affairs of Sudan wishes to confirm, contrary to what was stated in the Ethiopian Foreign Ministry statement, that all groups of the Sudanese people and their military and civilian leadership are united in their position and their full support for extending Sudan’s control and sovereignty over its entire territory,” the ministry statement added, “This is according to the recognised borders that are supported by international agreements and conventions.”

It also said that “the Ethiopian Ministry of Foreign Affairs cannot deny the third party whose forces entered Sudanese territory with the aggressor Ethiopian forces”.

“Sudan calls on Ethiopia to stop allegations that are not supported by truth or facts,” the statement went on to say, “Rather, it is refuted by the traditional historical Ethiopian position itself, and calls on it to implement the supreme interest of the brotherly Ethiopian people and extract its foreign policy from the irresponsible employment it is currently exposed to.”

The Sudanese Ministry of Foreign Affairs recalled its ambassador in Addis Ababa, on Wednesday, to consult on the developments of the escalating border crisis between Sudan and Ethiopia.

Sudanese military sources told Sky News Arabia earlier last week that Ethiopia had committed a series of abuses in recent days. The sources indicated that the Sudanese authorities had spotted Ethiopian crowds on the border between the two countries.

Addis Ababa questions the internationally recognised borders between Sudan and Ethiopia, according to the Major Qawen Line of 1902.