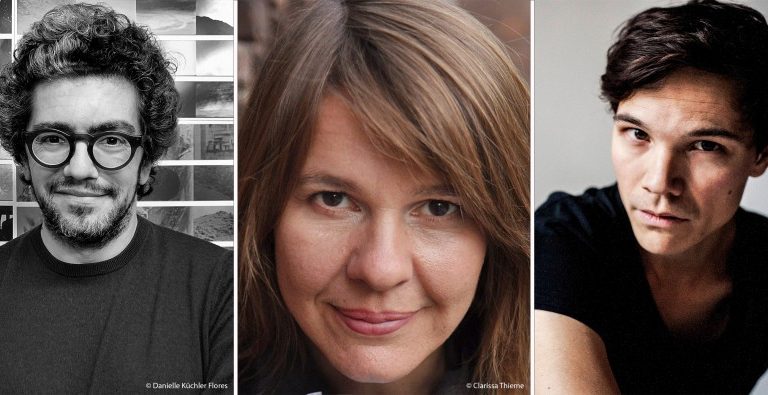 The Berlin Film Festival announced, late last week, the new formation of its juries, who will take part in this year’s edition.

During the development of the festival format in 2021, a new concept was also agreed on with regard to the composition of the International Jury.

In 2021, the directors of six previous Golden-Bear-winning films will determine the awards for the Competition of the 71st Berlinale. In a further change to the plot, there will not be a president of the Jury this year.

The jury will watch the films in Berlin on the big screen, with their decisions to be announced during the Industry Event on 5 March. The Award Ceremony will take place in front of a live audience as part of the Berlinale Summer Special (9-20 June 2021).

Mohammad Rasoulof – One year after winning the Golden Bear at the 70th Berlinale for his film Sheytan vojud nadarad (“There Is No Evil”, 2020), Mohammad Rasoulof returns to the festival, this time in the International Jury. He has directed, written, and produced a variety of fiction and documentary films. In March 2010, Rasoulof was arrested on set while directing a project. In the first trial following the arrest, he was sentenced to six years in prison, a sentence that was later reduced to one year. He was released on bail with the sentence still being effective. He was sentenced again in 2019 to one year in prison. Despite his appeal, he has not been permitted to travel or to make films with no end time. He was unable to personally accept his Golden Bear at the Berlinale on 29 February 2020.

Nadav Lapid – Nadav Lapid is an Israeli film director who studied in Tel Aviv, Paris and Jerusalem. With his most recent feature film Synonymes (“Synonyms”), he won the Golden Bear for Best Film and the FIPRESCI Award at the Berlin International Film Festival in 2019. Lapid’s debut feature film Policeman won the Special Jury Award at the Locarno Film Festival in 2011, and went on to win more than 20 awards internationally.

Adina Pintilie – Pintilie is a Romanian filmmaker, visual artist and curator. Her first feature film Touch Me Not won the Golden Bear for Best Film and the GWFF Best First Feature Award at the 2018 Berlinale.

Ildikó Enyedi – The award winning and Oscar-nominated Hungarian film director returns to the International Jury of the Berlinale, where she already served as a member in 1992. Starting out as a concept and media artist, she eventually turned to filmmaking.

Gianfranco Rosi – The Italian documentary filmmaker studied at the New York University Film School. He is the only director ever to win two of the three major European film festivals with documentaries. In 2016, he received the Golden Bear for Fuocoammare (“Fire at Sea”) at the 66th Berlin International Film Festival.

Jasmila Žbanić – Bosnian film maker Jasmila Žbanić has been a regular guest at the Berlin International Film Festival, this time returning as a member of the International Jury. Her first feature film Grbavica won the 2006 Berlinale Golden Bear, as well as the Prize of the Ecumenical Jury and the Peace Film Award.

The three members of the International Short Film Jury will decide on the award winners, which will be announced during the Industry Event on 4 March 2021.

Christine A. Maier: His cinematography has been featured at the Berlinale in films by Henner Winckler, Amie Siegel, Jamie Babbit and Jasmila Žbanić, whose film Grbavica won the Golden Bear in 2006.

Sebastian Urzendowsky: He was discovered as a child actor and played in numerous films prior to studying acting. In 2006, he received international attention as the protagonist in Pingpong by Matthias Luthardt, which celebrated its premiere at Semaine de la Critique in Cannes.

The competitive section Encounters was introduced in 2020. Its goal is to support new voices in cinema and to give more room to diverse narrative and documentary forms in the official programme.

A three-member jury will choose the winners for Best Film, Best Director and a Special Jury Award, and will announce them during the Berlinale Industry Event on 5 March. This year’s line-up comprises twelve titles from 16 countries, of which seven are first features.

Florence Almozini:  He is currently Senior Programmer at Large for Film at Lincoln Center, serving on committees including the New York Film Festival and New Directors/New Films, organising numerous retrospectives and overseeing the programming of new releases.

Cecilia Barrionuevo: He has been the artistic director of the Mar del Plata International Film Festival since 2018 and a member of the festival’s programming team since 2010.

Diedrich Diederichsen: In the 1980s, Diederichsen was the editor and publisher of music magazines such as “Sounds” and “Spex”.

The International Jury of the 44th Generation is formed of three people. Together, they will view the 15 films in the cinema and decide on the prizes in the two competitions Generation Kplus and Generation 14plus – actress Jella Haase (Germany), director Mees Peijnenburg (The Netherlands) as well as director and screenwriter Melanie Waelde (Germany).

Jella Haase (Germany): Haase celebrated two world premieres as an actress at the Berlinale 2020. This was in Burhan Qurbani’s Competition entry Berlin Alexanderplatz, and in Leonie Krippendorff’s Kokon (“Cocoon”), the opening film of Generation 14plus.

Melanie Waelde (Germany): Waelde celebrated the world premiere of her debut feature film Nackte Tiere (“Naked Animals”) at the Berlinale 2020 in the section Encounters/Cross Section Generation. The film received a Special Mention from the Jury of the GWFF Best First Feature Award.

Egypt, Hungary have political will to strengthen relations: Shoukry