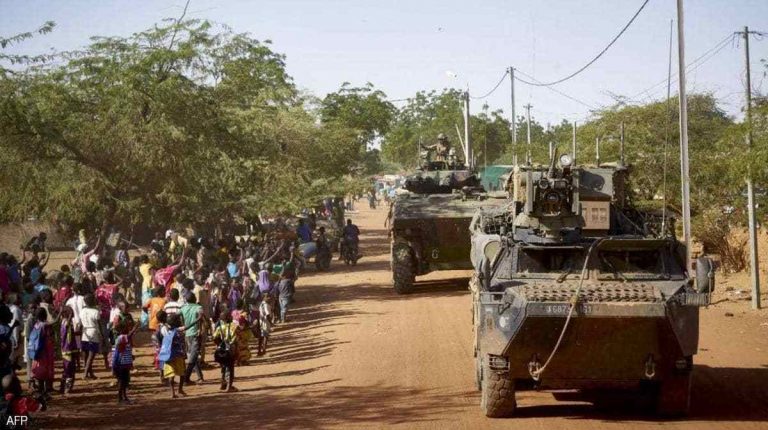 Several terrorist attacks have occurred in the past two days in the far western African countries of Mali and Burkina Faso, leaving 18 people dead.

The attacks have led observers to believe that no country alone will be able to lead the international sponsorship efforts for armies and agencies, while suggesting more international support from the African Union (AU), and mainly Egypt.

Mali, Chad, Burkina Faso, Niger, and Mauritania have been witnessing nearly 10 years of steady growth in militant movements. These have taken advantage of the difficult desert environments of these countries, and their complex tribal structure.

“The AU, the European Union (EU), and France have significant roles, but Egypt will help too much in this regard for many reasons,” Hamid added, “There is already coordination from some countries on fighting terrorism in the region, however there is no specific programme to include features and factors for the sustainability of fighting terrorism.”

He noted that Egypt and AU should create these programmes to prevent the phenomena spilling over into other parts of Africa.

“First of all, Egypt has a long experience in fighting terrorism, especially through culture, intellectuals, and other work,” he said, “This is a very strong factor that helped people to be aware of terrorism and its threats.”

Hamid also pointed to Egypt’s intensive media efforts, which have been very effective through mobilising public opinion on the threat of the phenomena, and to help fighting terrorist.

The media’s role in such matters is, however, now absent in five countries, despite their proven effects in facing extreme and terrorism.

Speaking on the level of terrorism in the Sahel region, Hamid said that the activities of terrorist groups and armed extremist movements in Mali and Chad are increasing. Three month ago, Chad was in the throes of a large-scale clash between the extremist Boko Haram group and Chadian forces. Such was the bloody violence of the operations, that they were led by the country’s president Idriss Déby.

Egypt is one of the first countries in the region that faced extremist groups, and has excellent expertise in the matter having been involved in anti-terrorism work since the 1990s. This includes Egyptian expertise in freezing the intellectual, logistical, or economic sources of these groups.

At a time of renewed attacks by extremist militants on the local population in both Mali and Burkina Faso, popular and political French voices calling for the withdrawal of French soldiers from the region have risen.

This has particularly come in light of the number of French soldiers who have fallen victim to the rising attacks, with more than 50 soldiers now killed.

French President Emmanuel Macron said, “The French military presence on the African coast will not change in the coming months.”

In a press conference held after the end of the G5 Sahel Countries summit, Macron said that he told his African counterparts, “Without a doubt, major changes will be made to our military regime in the Sahel region at the appropriate time, but they will not happen immediately.”

“An intensive withdrawal of French forces would be a mistake,” he added, “It would paradoxically weaken our system at a time when we have a political and military consensus that enables us to achieve our goals.”

And at the end of last year, France formally proposed the possibility of withdrawing its military mission from the African coast, through the Chief of Staff of its armies, Francois Lecointre. At the time, observers considered this a clear message to European partners and to the US, as the directions of the then US President Donald Trump’s administration required reduced levels of cooperation.

The French President noted that these groups have developed themselves on the armament and battle management levels, which is a very risky indicator. He noted that the wave of terrorism is quickly spreading from west to east, despite widespread efforts to counter this.

The heads of the G5 Sahel countries, namely Mauritania, Mali, Burkina Faso, Niger, and Chad, met in the Chadian capital N’Djamena last week, during which they participated in a two-day summit. President Macron’s presence took place via video technology.

Chad called for international support to help the Sahel region, while five countries, as well as France, commenced a summit to discuss the future of the campaign to combat jihadist movements in the region.

The increasing threats of jihadists have led to military reinforcements in the “tripartite border” region between Mali, Niger and Burkina Faso. It has also seen the dispatch of 600 additional French soldiers to increase their numbers from 4,500 to 5,100.