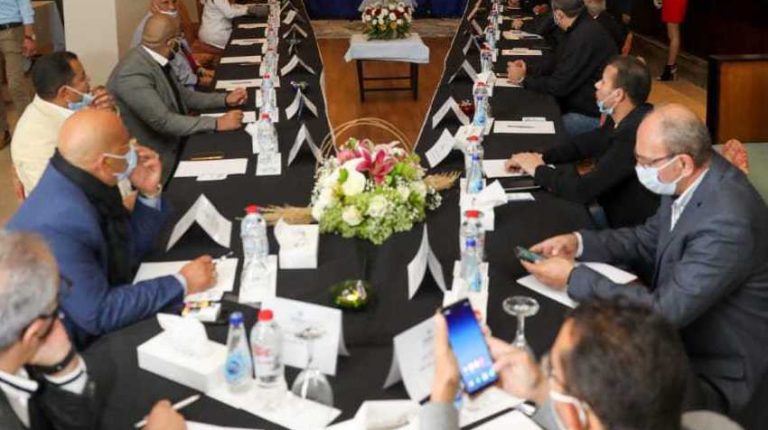 Tourism investors in Egypt’s southern-most tourist hotspot of Marsa Alam have demanded the presence of a permanent medical team in the city to conduct PCR tests on tourists as they depart.

The meeting took place for the ministers to hear opinions and proposals of the investors to support Egypt’s tourism sector and boost tourism to the city.

During the extended meeting, the two ministers listened to the problems and challenges Marsa Alam’s tourism sector faces. This was also an opportunity for investors to outline demands and suggestions, which included the medical team’s permanent presence to conduct PCR tests on tourists.

El-Anani stressed that the state is sparing no effort in standing by the sector and supporting it. He also reviewed all decisions, procedures, exemptions, and incentives granted by the state to support the sector during the pandemic.

The minister indicated that coordination will be undertaken with the Ministry of Health and Population, in order to provide the best services and necessary facilities.

He said that the Ministry of Health and Population has spared no effort, in cooperation with various state ministries, to provide medical teams at tourist ports and Egyptian airports.

These services are based on the directives of the Egyptian government, as some countries require tourists to undergo certain medical examinations before returning to their countries. This includes PCR tests within a certain time window prior to departure.

El-Anani also added that the Egyptian Tourism Promotion Board has temporarily made an office available in Hurghada, where PCR tests can be carried out. This aims to reduce congestion at airports, in light of the implementation of the precautionary measures.

Enaba confirmed that his ministry is always keen to enhance effective cooperation between the public and private sectors. This aims to stimulate air traffic and provide attractive, new tourism products and programmes.

In addition, the Ministry of Civil Aviation is looking to find innovative and modern solutions in line with the Egyptian state’s vision towards attracting more tourism. This will also take into an account an appreciation of the distinguished position Egypt enjoys as an important global tourist destination.

Enaba clarified that the prices of return flights to Marsa Alam have been reduced to EGP 2,000, including taxes, as part of the “Enjoy Your Winter in Egypt” initiative, to activate the tourist movement coming to the city.

He said that all proposals and requirements discussed by the meeting will be studied, including the possibility of continuing to reduce airline ticket prices after the initiative ends on 28 February.

There is also a possibility of continuing to provide several targeted facilities and incentives through new promotional and marketing packages. These look to contribute to providing an attractive investment environment in a way that enhances the growth of Egypt’s economy.