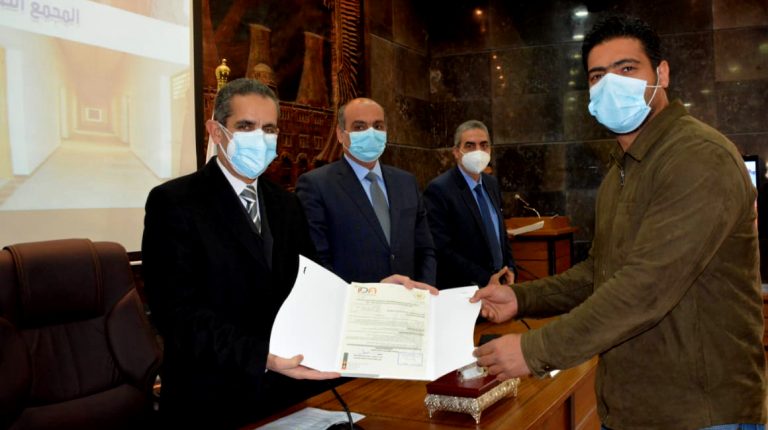 Egypt’s Minister of Trade and Industry Nevine Gamea has announced the commencement of sending out letters of allocation relating to 501 units at new industrial complexes.

The deliveries, which will be made to 300 investors, come as part of the first batch of seven industrial complexes that were offered in October 2020. These units are available in the governorates of Alexandria, Beni Suef, Minya, Sohag, Luxor, Red Sea, and Gharbeya.

Game confirmed her ministry’s keenness to facilitate procedures for obtaining units, by providing unprecedented facilities and advantages in the last offering.

These facilities include reducing the price of guidelines booklets, as well as cancelling all standard costs and reducing down-payments for industrial units. This is in addition to delaying the collection of unit rent for a period of six months, in order to facilitate entrepreneurs.

Industrial Development Authority (IDA) Chairperson Mohamed Zalat said that the authority will hand over investor industrial units within a month of the allocation letters being received. This is provided that the investor obtains the industrial registry and licence and starts production within a period not exceeding six months.

Zalat added, “At the beginning of the current week, letters of allocation were delivered to 158 ready-made and complete industrial units in small industries complex in Margham 2 in Alexandria governorate for 86 investors, as units were offered under the ownership or lease system according to the investor’s desire.”

Zalat revealed that during the current week, the first batch of letters to allocate units at the new seven complexes will continue to be delivered in the Minya, Sohag, Red Sea, and Luxor governorates.

He pointed out that in order to facilitate investors, eight cooperation protocols were signed with eight banks to provide necessary financing for investors wishing to own an industrial unit.