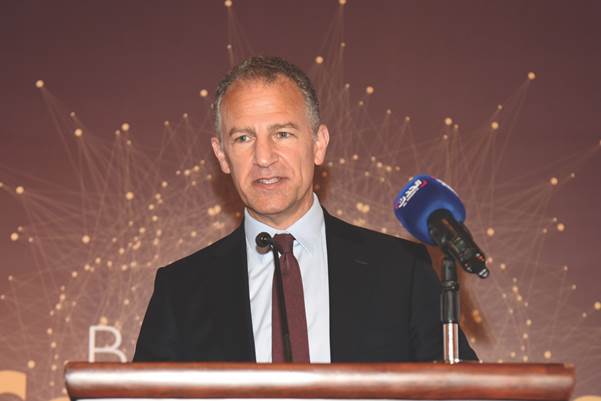 Egypt is strategically positioned to lead the African and Middle East data centre markets, which are expected to grow by double digits over the next few years, according to US Ambassador to Egypt Jonathan Cohen.

The Ambassador’s remarks came during his speech at the American Chamber (AmCham) in Egypt virtual webinar entitled “US-Egypt-Partnership, and the outlook for 2021”.

Cohen noted that, as everyone is moving to cloud technologies, investments in Egypt’s information and communication technology (ICT) sector rose 35% over the past year.

The Ambassador said that Egypt’s ICT sector has been the fastest growing sector of the country’s economy, growing at nearly 17% in each of the last few years.

“Egypt’s location at the nexus of Africa, the Middle East, Asia and Europe, and its global connectivity to 18 major international data cable systems, make it a very attractive market indeed,” Cohen said, “And I’m told that more connections and faster speeds are in the works.”

Cohen added that these efforts reflected just the hardware, and that it is the people that really make it happen.

“With half a million university graduates each year, including 50,000 in the ICT fields alone, Egypt has an energetic and growing talent pool,” the Ambassador added.

He said that given these strengths, and the Egyptian government’s investments in training and infrastructure, it is no surprise that global names such as Kearney Gartner and IDC have ranked Egypt as one of the top business and IT services locations, not regionally, but globally.