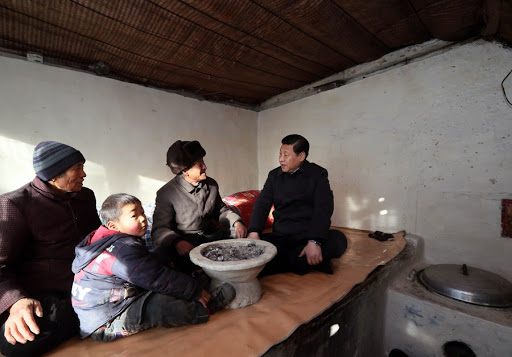 Lifting nearly 100 million people out of poverty in 8 years — A promise made, and kept, by Chinese President Xi Jinping, who dared to attempt the impossible. This 13-minute documentary explores the great daring and hardships of this victory.

Poverty plagued China for thousands of years. Through generations of struggle after the founding of New China in 1949, the country had lifted 700 million out of penury by the end of 2012.

By then, China still had nearly 100 million people living under the poverty line, one ninth of the world’s total. About 100,000 villages were yet to be connected by paved roads; some 4,000 villages had no access to electricity; and 8.3 percent of the country’s rural households eked out a living in ramshackle, grass-thatched mud huts.

In November 2012, Xi Jinping became China’s top leader, and he inherited a mission China had striven to achieve for generations, which is eradicating absolute poverty. The Communist Party of China (CPC) aimed to reach the goal by the end of 2020.

“To achieve this goal, China has to lift 10 million people out of poverty every year,” said Eduardo Regalado, senior researcher at Cuba’s International Policy Research Center. “That is, 20 people every minute.”

Over the past eight years, the rural landscape has been completely reshaped. More than 9.6 million people suffering from intractable destitution have been relocated from uninhabitable areas. All villages in the country are connected to the network of paved roads. Every rural household is connected to the power grid. More than 100,000 countryside schools have been renovated or rebuilt, providing tens of thousands of rural children with a chance to carve an alternative future.