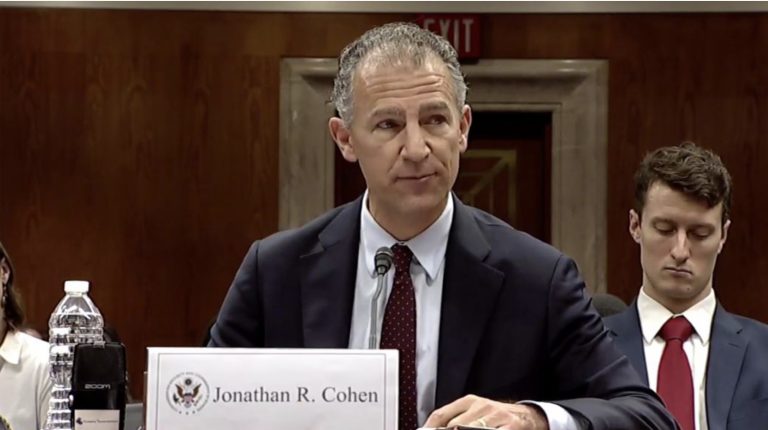 The US and Egypt share a commitment to forging diplomatic solutions that enhance regional stability, according to the US Ambassador to Egypt Jonathan Cohen.

The Ambassador’s remarks came during a speech at an American Chamber of Commerce in Egypt (AmCham) virtual webinar entitled “US-Egypt Partnership, and Outlook for 2021”.

Cohen added, “The US and Egypt have a great deal in common when it comes to diplomatic engagement as well.”

He further said that on all the major regional issues today, the US and Egypt share a commitment to forging such strong diplomatic solutions. These cover a range of topics, including finding a political solution in Libya, to making progress towards Middle East peace, to working to find a solution to the Grand Ethiopian Renaissance Dam (GERD).

Egypt has recently hosted a three-day meeting to discuss the arrangements necessary for a constitutional referendum in Libya, ahead of the general elections scheduled for 24 December 2021. The meeting was held under the sponsorship of the United Nations (UN), and witnessed the participation of two delegations from Libya’s House of Representatives and the High Council of State.

Additionally, the Libyan Political Dialogue Forum (LPDF) in Geneva chose, earlier this month, the members of the new Libyan unified interim government which will remain in power until elections are held on 24 December 2021.

The LPDF chose a new presidential council comprised of three members, led by Libyan Ambassador to Athens Muhammad Yunus Al-Menfi who represents eastern Libya powers, and two deputies. These are Abdullah Al-Lafee, an MP from the city of Al-Zawyah representing the west, and former member of the incumbent council Musa Al-Koni, who represents the south. Meanwhile, Abdul Hamid Dbeiba, who is a prominent businessperson from Misrata, was appointed prime minister of the new national unity government.