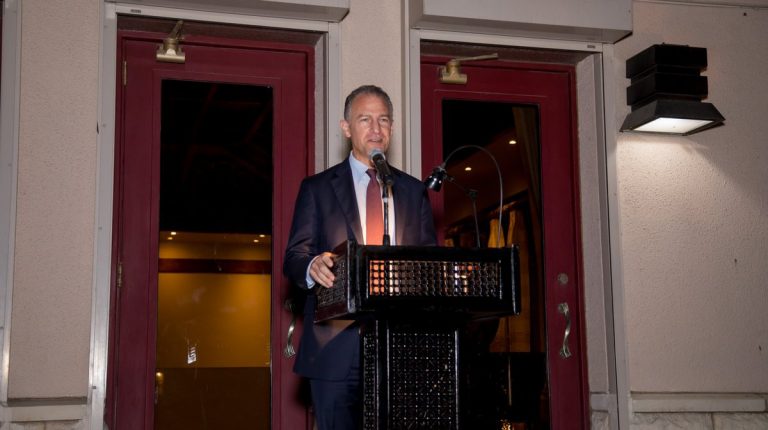 The US sees considerable optimism about Egypt’s economy, and is keen to tap into the North African country’s significant opportunities, according to US Ambassador in Egypt Jonathan Cohen.

The Ambassador’s remarks came during a speech delivered at a virtual webinar hosted by American Chamber of Commerce (AmCham) in Egypt, entitled “US-Egypt partnership, and Outlook for 2021”.

Cohen made note of these opportunities, adding that at the end of November 2020, Egypt’s Minister of Transport Kamel El-Wazir announced that his ministry alone had 31 major infrastructure projects ready to go.

These projects covered a range of needs including cargo terminals, seaports and dry ports, to railways and subway lines.

“The story is similar in the [Information and Communications Technology] ICT sector, which has been the fastest growing sector of Egypt’s economy growing at nearly 17% each of the last few years,” Cohen said.

He also mentioned that another area ripe for investments partnerships and US ingenuity is education.

The Ambassador said that meeting the growing demand for healthcare services and providing more options for those services is another area that the US sees has huge potential. This is particularly given that the sector is large, diverse and growing.

“Egypt presents us with growing demand and attractive opportunities in agriculture, as US companies are already active in food and beverages, feedstock, and much more,” Cohen said, “Our agribusiness associations are working closely with local firms to share best practices.”

He added that there are opportunities to bring US technology and know-how to increase yields and make farms more efficient. This will also allow farms to maximise the use of water resources, to improve supply and production chains, and to expand the quality and availability of food and beverages that Egypt’s growing population demands.

Egypt possesses an abundance of land, sunny weather, and strong winds, making it a prime location for renewable energy projects, according to the US Ambassador.

“As demand for goods and services in this robust and diverse economy increases, for healthcare, for education, for ICT, and for manufacturing, all of those areas will need more electricity to power Egypt’s future growth,” Cohen said, “Not to mention Egypt’s ambitions of becoming a regional energy hub.”

He mentioned that the Egyptian Government recognises that more and more of the country’s energy requirements need to come from renewable, sustainable sources.  This is why the government plans, by 2035, to have more than 40% of the country’s electricity generated by renewables, and is considering even more aggressive targets.

“That means a steady flow of new projects in power generation and transmission, with the government putting serious money into more energy efficient buildings, better management of critical water resources, and creating incentive programmes for Egyptians to choose cleaner cars,” Cohen said, “All of which means opportunities for cutting edge, innovative companies.”

He noted that the renewable energy equipment market alone is potentially worth billions of US dollars. This is not to mention the design, construction, and operation of new power facilities, new water desalination plants, and recycling stations.

“We believe that a strong and empowered private sector is the best way to generate jobs and deliver economic growth, development, and prosperity,” Cohen said, “My team and I will continue our efforts to create and expand business opportunities between the US and Egypt, and our work with the Egyptian government to build an environment that attracts even more US investment.”

The Ambassador added, “One of my highest priorities as Ambassador here is to help US companies, secure business opportunities and overcome challenges. Using diplomacy to bring people and companies together strengthens our government partnerships, fosters trade and investment, and builds the people to people ties that ensure lasting cooperation.”

Cohen said that, despite there being substantial changes worldwide in the past year, one thing that has not changed is the US’ “abiding commitment to strengthen the US-Egypt partnership”.

The US Government provides robust support for Egypt, both bilaterally and through multilateral institutions, and has invested over $80bn in Egypt over the last 43 years.

Cohen noted that his country’s programmes have helped to deliver clean water and electricity to millions of Egyptians, created thousands of jobs and conserved important agricultural sites.

At the same time, they have addressed many of Egypt’s most pressing public health challenges, including during this novel coronavirus (COVID-19) pandemic.

Cohen said that the US and Egypt have much in common when it comes to diplomatic engagement, as well on all major current regional issues. Both countries share a commitment to forging diplomatic solutions that enhance regional stability. This includes finding a political solution in Libya, and making progress in the Middle East peace.

“Robust commercial and investment partnerships [between the US and Egypt] are, as I said, resilient, large and growing,” the Ambassador said, “And despite the shock from COVID-19, we expect them to keep doing so in the coming years. regardless of what else may have changed over the past year, that commitment to building our shared prosperity, and advancing our mutual interest remains.”

The Ambassador mentioned that while the whole world has grappled with the worst pandemic in a century, Egypt has weathered the crisis far better than most.

He said that the Egyptian government’s economic reforms of 2016-2019, combined with the ambitious Vision 2030 development plan, have helped pull the country’s economy back from the brink of crisis.

There have additionally been several well considered programmes implemented in direct response to the COVID-19 pandemic that have created a buffer to cushion Egypt from the worst of the pandemic’s economic impacts.

Cohen noted that, thanks in large part to those policies, Egypt is the only country in the region whose economy actually grew over the past year.