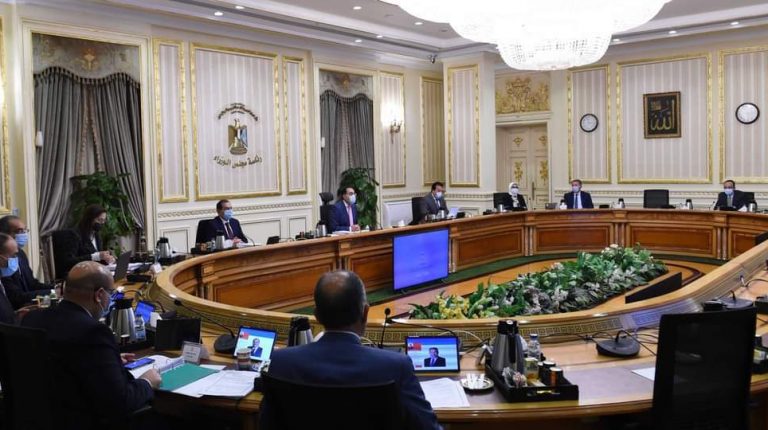 The Prime Minister also announced the start of the investment plan for the new fiscal year (FY) 2021/22, which will see an increase in the volume of government investments.

The government is keen to establish several national projects, as well as implement presidential initiatives, to enhance services provided to citizens in various sectors, especially in the health and education sectors.

He said that several meetings will be held during the coming period to discuss the proposals for the investment plans provided by various ministries.

Meanwhile, the Prime Minister stressed the need to follow up on the procedures for registering citizens with chronic diseases who wish to take the vaccine against the novel coronavirus (COVID-19). He asserted that registration for this segment will begin within the next few days.

During the cabinet meeting, a report on the semi-annual financial performance of the General Authority for Comprehensive Health Insurance was reviewed.

Moreover, the cabinet had approved a financing agreement between Egypt and the International Bank for Reconstruction and Development (IBRD), to implement the Air Pollution and Climate Change Management Project in Cairo. The agreement, signed on 24 January 2021, will see an amount of $200m injected into the project.

The project aims to reduce air emissions from vital sectors, as well as reduce pollution in the Greater Cairo Governorate. The Ministry of Environment will be responsible for implementing the project, which will improve air quality management and support for the state plan for solid waste management in Cairo.

In preparation for the holy month of Ramadan, the cabinet approved the 50% sales for the “Ahlan Ramadan” exhibition, which will be held in Cairo which will be running from 4-12 April.

The Cabinet has also agreed to establish the Faculty of Veterinary Medicine at Ain Shams University, to raise the efficiency of veterinary medical services in the country. This will also contribute to the establishment of an electronic database on diseases and epidemics affecting livestock in Cairo.

Meanwhile, the government has also approved the establishing of a spinning and weaving factories in Kafr El-Dawar within nine months.

Establishing these factories comes as part of the government plan to develop and restructure the subsidiaries under the Holding Company for Cotton, Spinning, Weaving, and Clothes. This includes the establishment and development of spinning, weaving, dyeing, and ginning factories.

During the meeting, Minister of Petroleum and Mineral Wealth Tarek El Molla presented the results of his latest visit to Palestine and Israel.

He asserted that during his meetings with Palestinian officials, emphasis was placed on Egypt’s pivotal role in supporting the Palestinian Authority.

El Molla added that his visit to Ramallah witnessed the signing of a Memorandum of Understanding (MoU) between the Egyptian Natural Gas Holding Company (EGAS) and the Palestinian side to develop and enhance the gas field in Gaza.

He also said that his visit to Tel Aviv came in response to the invitation of Israel’s Minister of Energy Yuval Steinitz, in order to increase bilateral cooperation in the gas sector. This will also see efforts poured into developing working mechanisms as part of the East Mediterranean Gas Forum.

Aside from his meeting with Steinitz, El Molla added that several other meetings took place during his visit to Tel Aviv, including with Prime Minister Benjamin Netanyahu and Minister of Foreign Affairs Gabi Ashkenazi.

During the meetings, the Israeli officials hailed the efforts made by Egypt to strengthen security and stability, and achieve comprehensive economic development.