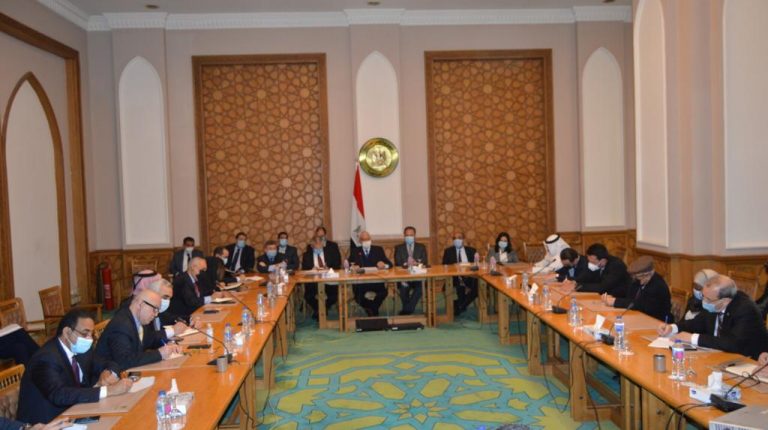 He briefed them on Egypt’s vision on the negotiation situation which aimed at reaching a fair, balanced and legally binding agreement on the Nile Dam.

Loza expressed Egypt’s welcome that the Democratic Republic of the Congo (DRC) has assumed the task of leading the ongoing negotiations on the Nile Dam under the African Union’s (AU) auspices, in light of the DRC’s current AU presidency.

Loza stressed the importance of reaching an agreement on filling and operation of the GERD at the earliest opportunity through an effective negotiating process.

He explained that Egypt supports the proposal put forward by Sudan calling for the development of the African negotiating mechanism through the formation of an international quartet. It would comprise of the DRC as the AU president, along with the United States, the European Union, and the United Nations, to intervene in the negotiations as mediators.

This would give the negotiation track political impetus and confirm the international community’s interest in this file and its awareness of its danger to the interests of the countries of the region.