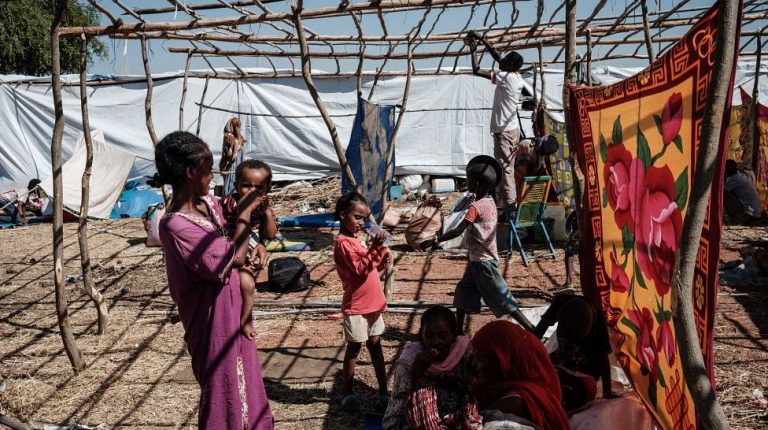 Speaking to Xinhua, Ann Encontre, UN Refugee Agency Country Representative in Ethiopia, said the situation of Eritrean refugees in Ethiopia’s Tigray region “is improving and we are getting access.”

There were about 100,000 Eritrean refugees residing in the Tigray region before the operation that was undertaken by the Ethiopian government against the Tigray People’s Liberation Front (TPLF) fighters.

Eritrean refugees in Tigray reside across four camps that are Shimelba and Hitsats in the Northern part, and Mai-Ayni and Adi Harush in the Southern part; some other refugees also reside in non-camp areas across the region and beyond.

Noting that the two camps in the south were not that much affected by the conflict, Encontre stressed that the refugees have “remained intact and are still there.”

“However, what is of concern are the camps in the North, and we are getting access now to areas to give assistance, for instance in Mekelle, where some of the refugees ran away,” she added.

Noting that refugees are coming forward in very small numbers, she said that the UNHCR have moved some 5,600 refugees out of about 20,000.
“We are still hoping that the others will come forward, either to be registered or to be given humanitarian assistance or to be relocated to safe places,” she added.

“However, the situation still remains very precarious and we don’t have full contact with all the refugees,” Encontre said.

While stressing that the UNHCR is “getting more and more access through the government channels,” she emphasized financial constraints, in relation to the UNHCR’s recent appeal to urgent financial support to its operations in Eritrean refugees in Tigray as well as Ethiopians who fled into Eastern Sudan.

The UN had previously launched an appeal for 170 million U.S. dollars for the Tigray response.

According to Encontre, only 65 percent has been received, and “we are still in need of 35 percent of the funding that’s been asked for.”

This was an appeal from November to January, and the UN is set to revive the appeal with the new needs, which is expected to be launched as part of a Humanitarian Response Plan that will be issued in the coming months.
The number of Ethiopian refugees seeking asylum in the Eastern Sudan have crossed 60,500, according to recent figures from the UNHCR.

UNHCR and partners had launched an appeal for 150 million U.S. dollars to the response in Sudan, of which, half of the money have been received so far, it was noted.