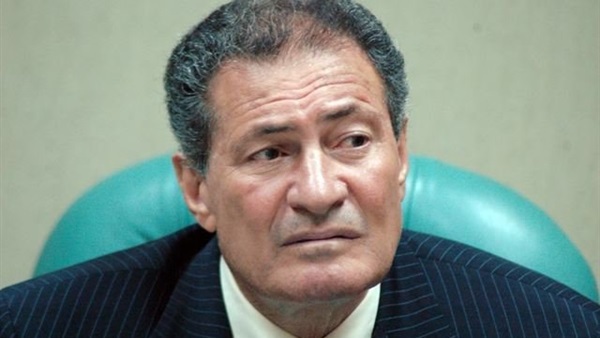 The move, which came without warning, also came without a convincing justification for Nasr’s suspension. It has been said that the IHF decision was based on an “urgent matter”, as Nasr broke the health protocols related to the novel coronavirus (COVID-19) which were created during the recently held and highly successful 2021 World Men’s Handball Championship in Egypt from 13 to 31 January.

The IHF has introduced a COVID-19 Medical Precaution Plan during the tournament, which includes a full bubble concept with hotels exclusively reserved for World Championship stakeholders as well as different zones inside the arenas (bubble zone, safety zone, spectator area) which strictly separate stakeholders staying within the bubble from any external participants such as spectators, in case spectators would be allowed in the arena.

Those close to the issue confirm that there is a deliberate intention to suspend Nasr, who gained fame and popularity both in the handball world and within the game’s family.

Nasr, who has served as both President of the Egyptian Federation and Chairperson of the Organising Committee for the World Championship, achieved great successes during the event. It far exceeded the expectations of the IHF and the tournament’s participants, and received international praise.

At the same time, old scenarios confirm that Mustafa is good at confronting his opponents. He previously faced former EHF president Hadi Fahmy, and kept him away from the scene and stood firmly against Mortada Mansour, the former president of Zamalek SC.

Mustafa was the first to put a stop to Mansour in his capacity as head of the three-member committee that runs Egyptian sports. This led to Minister of Youth and Sport Ashraf Sobhy intervening, and announcing the official decision to remove Mansour as Zamalek SC head.

Mustafa was also a common factor, along with Egypt’s Olympic Committee Head Hussam Hatab, in getting rid of Khaled Zein, the former Olympic president, who was removed from his post and suspended for a period of four years.

With this in mind, it should come as no surprise that Hisham Nasr is now being kept away from the scene. And yet, ultimately, it is Egyptian handball and the players that remain the sole losers in the conflicts at the top.

The Egyptian handball family feels that Mustafa did not stand by Nasr, especially after the former stated that he made the decision on the latter’s suspension during the tournament. Given that the decision was not carried out until after the tournament had come to an end, this clarifies the IHF President’s intention to dismiss Nasr at the time.

It seems that Nasr is paying the price of protesting against the choice of referees who oversaw Egypt’s match with Sweden during the World Championship. It turns out that the referee is actually the same nationality as the Swedish national team’s technical director, and had been chosen before for two consecutive matches for the Swedes.

Mustafa was reportedly furious at Nasr’s protests against the referee choice at the world championship, causing an atmosphere of tension and anger between the two. With Nasr’s exit from isolation due to the novel coronavirus (COVID-19), the matter worsened and the tension between Nasr and Mustafa increased.

The latter revealed that a decision had been taken against Nasr, and not completed in order to preserve the organisation of the tournament and not to disperse the national team.

As a result of the ongoing tensions and suspension, Nasr has said that he will resort to legal measures in response to the matters at hand.

During a press conference on Tuesday, he added that he will take legal means and seek assistance from the country.

“I will submit an appeal to all parties necessary, including the IHF and sports courts, and will highlight that there is more than one side to the story,” he said.

Nasr has denied that there was a regulation stipulating the suspension of anyone breaking the health rules, stressing that there was no such talk and he did not know on what basis it was applied.