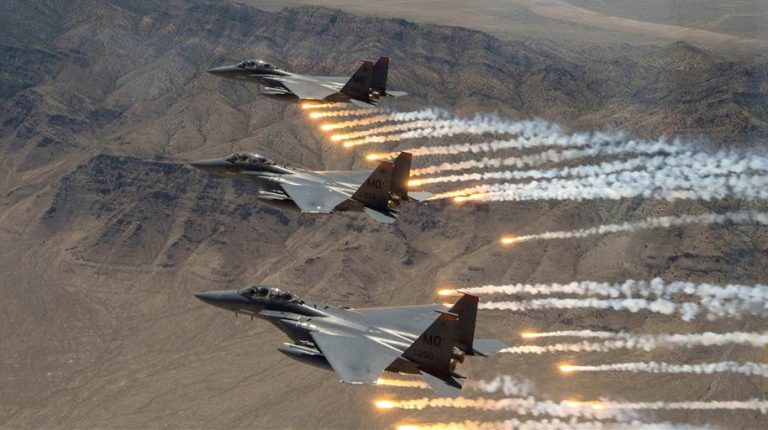 Russian officials on Friday blamed US airstrikes against infrastructure utilized by Iranian-backed militant groups in eastern Syria on Thursday.

“We urge Washington to respect the sovereignty and territorial integrity of Syria,” said Maria Zakharova, spokesperson for the Russian Foreign Ministry.

She denounced any attempt to turn the region into an “arena for settling geopolitical scores.”

Russian Foreign Minister Sergei Lavrov said that the US side had notified Russian military of the airstrikes only four to five minutes in advance, making the warning useless.

“We have recently heard different information from different sources. While we cannot confirm this, we want to ask the Americans directly. Reportedly, they could be making a decision to never leave Syria at all, eventually leading to the destruction of the country as a whole,” Lavrov said.

The Kremlin closely follows the developments after the US airstrikes and maintains contact with Syrian colleagues, Kremlin spokesman Dmitry Peskov said.

The US airstrikes in eastern Syria have killed at least 22 pro-Iran fighters before daybreak Friday, according to a war monitor.