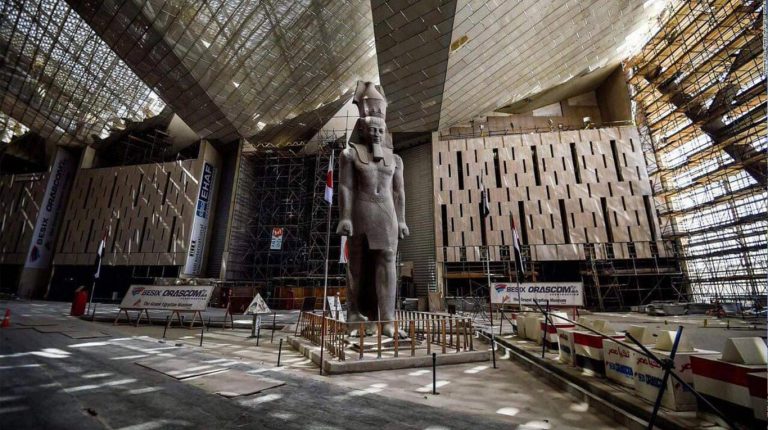 Youssef said that the authority’s media and promotional messages will be based largely on sending an assuring message to tourists that Egypt is safe from a health perspective. It will also highlight that the country has taken all the required precautionary measures to ensure their safety, as well as for citizens and workers in the tourism sector. These measures are applied across the country’s hotels, restaurants, museums, and archaeological sites.

“In addition, our promotional campaigns aim to remind the people of Egypt’s distinctive tourist destinations and products,” Youssef added, “The main challenge for us this year is not the promotional campaigns, but to know what the governments around the world will do in the future.”

The ETPB’s plans are subject to the governments’ decision to resume internal and inbound tourism, and having a clear vision with a specific time frame is a great challenge. It is, indeed, almost impossible due to the novel coronavirus (COVID-19) pandemic, and related uncertainties the world is witnessing, Youssef noted

“Our promotional campaigns target Eastern Europe, and the Common wealth of Independent State (CIS) markets , as the largest percentage of inbound tourism to Egypt comes from these markets,” he said, “We are following tourism movement worldwide, and once a country allows flights to Egypt, we will begin to work on our promotional campaigns.”

Youssef said that Egypt will launch a global campaign that features the country’s various touristic products and destinations. Under this campaign, there will be different sub-campaigns, one of them will promote for GEM.

As for the promotion of GEM, Youssef said that it will be an international campaign that will be carried out by the ETPB, in partnership with a group of international specialised companies.

Youssef, however, did not disclose the names of those companies, as the ETPB is still in negotiation with several sides.

The campaign is set to comprise of various promotional contents for television, radio, social media, etc, besides purchasing adequate advertising spaces. The campaign’s launch date is subject to determining the opening date of the museum itself, which in turn depends on the situation relating to COVID-19 and the resumption of travel.

Earlier, Minister of Tourism and Antiquities Khaled El-Anani announced that the GEM will be ready for opening by next June.

“As for the Museum’s opening ceremony, we will invite heads of states from all over the world, so I think we have to wait to see how things will go regarding COVID-19,” El-Anani said, “However, I think it will be sometime in the second half of 2021.”

The Minister’s remarks came during his speech at the week-long virtual “Egypt’s Green Economy” programme, organised by the British Egyptian Business Association (BEBA) and the Egyptian-British Chamber of Commerce (EBCC) in November 2020.

GEM, which has been built on a total area of 117 feddan in Giza, is the largest museum in the world dedicated to one civilisation, and its opening is eagerly awaited. The museum will display over 5,000 artefacts from the tomb of Pharaoh Tutankhamun, which will be displayed together for the first time since their discovery.

Egypt’s tourism sector is currently undertaking a range of promotional campaigns to stimulate international and domestic tourism. However, the distinctive hallmark of this period, is the focus on domestic and Arab tourism.

The “Enjoy your winter in Egypt” initiative has been launched to stimulate domestic tourism, in addition to launching a promotional campaign aimed at the Arab markets. This began with the video clip by renowned singer Sherine Abdel Wahab, launched by the Ministry of Tourism and Antiquities on the occasion of the New Year celebrations, entitled “Egypt is the land of beauty”.

Daily News Egypt asked Youssef if the domestic and Arab markets may compensate for the losses incurred due to the lockdowns imposed in the European countries. He said that this depends on the numbers that will visit Egypt from the Arab region, and the size of internal tourism.

“The slogan of the phase that we are witnessing now, is that it is difficult to predict in any way the future,” Youssef said.

Moreover, the average spending of Arab tourists is among the highest in the world, and it represents about 25-30% of inbound tourism in Egypt.

Youssef expected that if Egypt witnessed a high tourism flow from the Arab markets besides a significant increase in internal tourism, I think operating rates at hotels will be enough to help the sector survive until international tourism returns to normal rates.

According to the World Tourism Organization (UNWTO), the global tourism sector return to pre-COVID-19 levels seen in 2019 will take on average between two and four years.

I think the global competition between countries is currently in the rate or the pace of how fast the recovery could be,” Youssef said.

He added that it is currently difficult to predict when the recovery for Egypt could happen, but said, “I am sure that the recovery will not happen anywhere in the world within a year, but it will take time and will happen gradually.”

Youssef noted that the timeframe for the recovery could not be predicted until 70% of the countries in the world have been vaccinated. Notably, the revenue figures for 2019 broke the peak year revenues of 2010, which came in at $12.5bn.

However, the number of tourists who visited Egypt in 2019 remains lower than the 2010 peak, in which 14.7 million tourists visited.

Reuters quoted the minister as saying that a total of 3.5 million tourists visited Egypt in 2020, compared to 13.1 million in 2019.