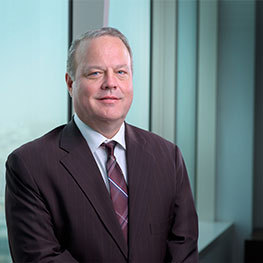 A state of optimism prevails over developers and real estate companies in Egypt, with many highlighting that the real estate sector will see a strong breakthrough during the coming period.

Developers highlighted that the local real estate sector would be more stable in 15 years’ time. It has, in turn, enhanced the confidence of investors and those wishing to invest in real estate, both inside and outside Egypt, and is set to attract more foreign direct investments (FDIs) in the sector.

Moreover, some real estate developers made it clear that, over the next 15 years, the real estate sector will be the first contributor to Egypt’s GDP at twice the current rate.

According to the Egyptian Businessmen’s Association (EBA), Egypt’s real estate investment and urban development account for 16% of GDP. Meanwhile, the share of the Egyptian private sector in the volume of executed project investments is 70%.

Mountain View Chairperson Amr Soliman expects that within the coming 15 years, demand for real estate would grow, alongside the government’s keenness to support urban development. This falls in line with Egypt’s Vision 2030, as well as the fast track development underway in new cities.

Soliman further said that the New Investment Law has, without a doubt, given life to foreign investments in Egypt. The Law is one of the bright beacons of hope created by the last parliament and represents fruitful results of its work. It rids investors of red tape and administrative bureaucracy that disrupted the establishment of important projects.

“We are embarking into a new era that will improve the investment climate for both domestic and foreign enterprises and reinforce our position on the international map,” he noted, “We are certain more FDIs will roll in, thanks to the stimulus packages and new incentives provided to investors across the board.”

Soliman highlighted that the Federation of Real Estate Developers Law, which is being discussed currently by the new parliament, will play a significant role in managing the market and is the most important step for better market regulation.

On the other hand, the real estate tax law needs to be reconsidered and restructured, to serve the state by generating a return on the economy in the coming 15 years.

El Adawy added that the demand in this sector ranges from 700,000 to 1 million units annually. As a result, the ongoing development and construction of 20 new cities across Egypt, in addition to the development of the 23 existing new cities, is crucial to fill the gap between the supply and demand.

Accordingly, residential development will largely remain the domain of the state, owing to the fact that large-scale housing projects must be affordable enough for the average Egyptian.

He elaborated that constructing new integrated urban communities that have residential and non-residential elements are of great importance. This has already become clear in the projects that are currently being developed, such as the New Administrative Capital (NAC), New Alamein, Galala City, and Jefaira.

Mohamed Albostany, President of the New Cairo and New Capital Developers Association and Vice President of Real Estate Investment Division, said that in the next 30 years, Egypt will see an increase of urban area to reach 12%. This will compare against the 7%, the current urban area according to Egypt’s Vision 2030 and 2050.

Albostany also said that the local real estate market is currently experiencing: the development of new roads and transportation systems; lower interest rate; development of infrastructure; provision of a greater number of units in national projects; as well as the completion of development of some fourth generation products.

All of these factors will lead to a very large development in Egypt’s real estate market in the coming years in terms of investments, expansions, as well as in the diversity and increase in real estate products.

He further noted, “After 15 years, Egypt could manage to export its property [selling units to foreigners] in a proper way that suits its positions and capabilities.”

“Additionally, the market may see mergers and acquisitions which creates new entities with more experience and more capital flow to develop projects in a professional way,” Albostany added.

Timothy Earnest, Group Director/CEO Al-Futtaim Malls, said that the outlook for Egypt’s retail sector is positive due to growth expected in population and in income in the middle-class category.

The sector is also likely to be affected by the increased tourism coming into the market in the coming period, besides, more opportunities are projected for foreigners to own a second home in Egypt.

Earnest added that during the coming 15 years, the marketplace will experience a great shift due to developing infrastructure and transportation systems.

He projected a solid growth rate for retail market ranges between 3-4% year-on-year (y–o-y), thanks to availability of potentials and capacities that would lead to this real growth.

“COVID-19 has accelerated the digitalization especially in markets that relatively still immature or new,” Earnest said, “I think in the coming period, retail companies would have to combine both fiscal visits to malls and virtual visits or buying online from mobile phones to keep real and professional contact with client and this combination has proven its efficiency in recording more selling transactions.”

Governments should focus on ‘high-risk travellers’ not ‘high-risk countries’: WTTC