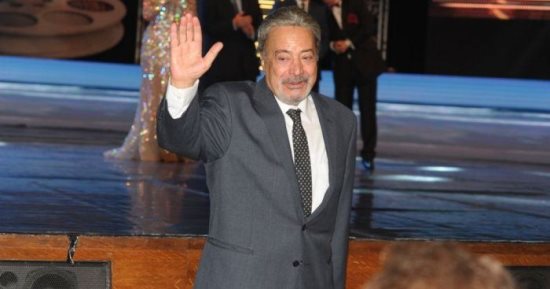 Renowned TV and film actor Youssef Shaaban passed away, on Sunday, after contracting the novel coronavirus (COVID-19), according to his family. He was 90.

He will be buried after a funeral on Monday noon.

Shaaban was born in July 1931, and studied law at Ain Shams University after his family refused to allow him to study art. But during his university years, he joined the student’s theatre and later dropped out of law studies to pursue the study of acting. He graduated in 1961.

His roles varied from action to comedy, thrillers, social dramas, and espionage. He was externalised by many Egyptians for his famous role in the hugely popular espionage series Rafaat Al-Hagan, which aired over three series in the 1980s.

Shaaban started his career alongside Omar Sharif in There is a Man in our House in 1961. He later took a small role in The Miracle in 1962. He later participated in roles with prominent directors, including inMother of the Bride in 1963, and For Men Only in 1964.

Other works include Fear Moments in 1972 with Farid Shawqi and Mervat Amin, Sun and Fog in 1973, A Woman With a Bad Reputation in 1973 with Shams Al-Baroudi and Mahmoud Yacine, Malatily Bathhouse in 1973, The Bullet is Still in My Pocket in 1974, Days in London in 1976 with Samira Tewfik, Remember Me in 1978 with Naglaa Fathi, The Iron Woman in 1987 with Naglaa Fathi and Farouk al-Fishawy, Fakhfakhino in 2009 and The Elephant on Handkerchief in 2011 with Talaat Zakaria.