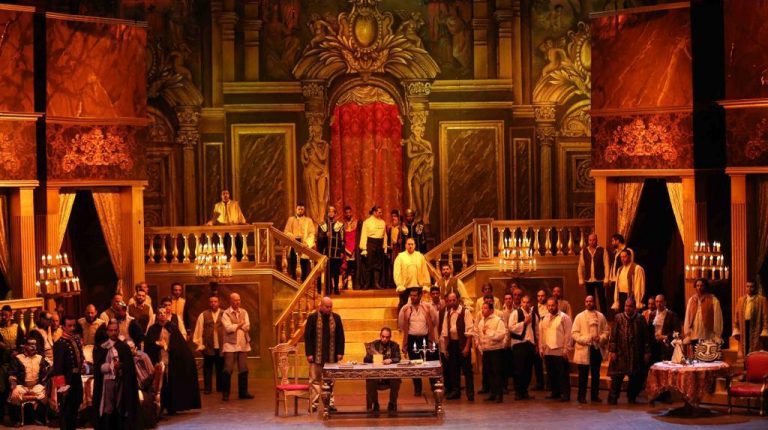 The 3 act opera will be translated into both Arabic and English, with the main roles to be played by the Cairo Opera Troupe accompanied by a group of foreign singers.

The play takes its audiences back to 17th Century Boston, presenting the city’s ruler Ricardo.

Ricardo, the character who is torn between love and duty, falls in love with Amelia, the wife of his friend Renato. Meanwhile, Renato discovers a political conspiracy against Riccardo prepared by a group of military leaders with the help of the exiled witch Ulrika.

The opera premiered in Rome in 1859. Verdi had combined in its music multiple dramatic styles, in which tragedy and comedy were mixed in a homogeneous and balanced manner.