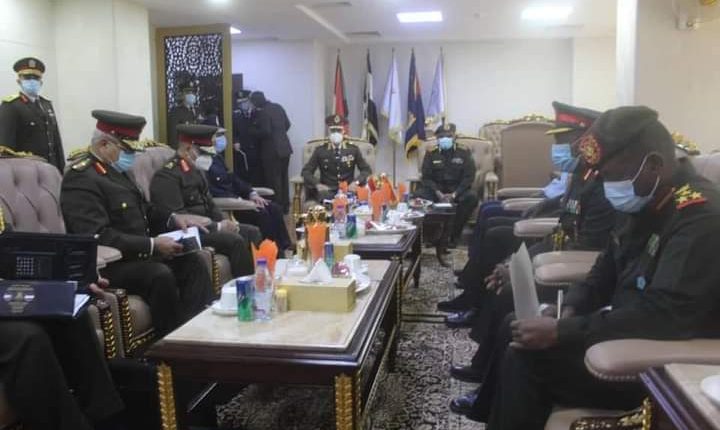 Egypt and Sudan signed, on Tuesday, a military cooperation agreement.

Mohamed Farid, Chief-of-Staff of the Egyptian Armed Forces, and his Sudanese counterpart Muhammad Othman Al-Hussein inked the military accord in the Sudanese capital, Khartoum.

Farid said that both countries face common challenges and threats to their national security.

He added, in a press statement, that the two countries are witnessing an unprecedented level of military cooperation, expressing Egypt’s desire to achieve better coordination between both militaries.

Farid stressed that Egypt seeks to “consolidate relations with Sudan in all fields, especially military and security.”

For his part, Al-Hussein said the agreement aims to protect the national security of the two countries and exchange experience and knowledge in the military field.

He also thanked Egypt for standing by Sudan in difficult situations.