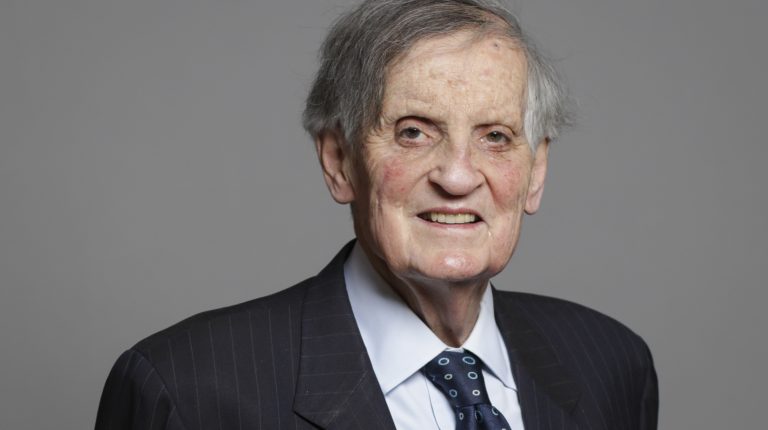 Lord Marlesford, a conservative politician and member of the UK’s House of Lords have submitted an official request to the British government to publish in full the internal review of the Muslim Brotherhood commissioned in April 2014.

Lord Marlesford also called on the government to reveal what assessment they have made of the conclusions contained in the summary report Muslim Brotherhood Review.

The review was completed in July 2014, however, only a summary was published in December 2015. The review covers the Muslim Brotherhood
s origins, ideology, record in and out of government; and its organisation and activities in the UK and abroad.

The review was conducted by two of the UK’s most senior and expert civil servants: Sir John Jenkins, until recently HM Ambassador to Riyadh assessed the Muslim Brotherhood and affiliates overseas; Charles Farr, at the time of writing Director-General of the Office for Security and Counter Terrorism in the Home Office considered the history, activities, ideology and influence of the Muslim Brotherhood network and affiliates in the UK.

Sir John concluded that the Egyptian Muslim Brotherhood did not do enough to demonstrate political moderation or a commitment to democratic values, had failed to convince Egyptians of their competence or good intentions and had subsequently struggled to draw lessons for what its failure in Egypt meant for its future.

He also concluded that Hassan al Banna (MB founder) accepted the political utility of violence, and the Brotherhood conducted attacks, including political assassinations and attempted assassinations against Egyptian state targets and both British and Jewish interests during his lifetime.

“The key Muslim Brotherhood ideologue, Sayyid Qutb, drew on the thought of the Indo-Pakistani theorist, Abul Ala’a Mawdudi, the founder of the Islamist party Jamaat-eIslami, to promote the doctrine of takfirism. This has consistently been understood as a doctrine permitting the stigmatisation of other Muslims as infidel or apostate, and of existing states as unIslamic, and the use of extreme violence in the pursuit of the perfect Islamic society. Qutb argued that a self-appointed vanguard of true believers was essential to create an authentically Islamic community and state. Jihad was neither solely spiritual nor defensive,” the report said.

It added that: “Many contemporary Islamic states were regarded as ‘UnIslamic’; confrontation with their ‘unjust’ rulers was legitimate and inevitable. – Qutb’s views have at times been reinterpreted by some in the Muslim Brotherhood. But they have never been institutionally disowned. They continue to be explicitly endorsed by many senior Muslim Brotherhood figures, including leaders of the Egyptian Muslim Brotherhood. They remain central to the Muslim Brotherhood’s formational curriculum. Qutb’s thinking led to a resurgence of takfiri ideology, and has inspired many terrorist organisations, including the assassins of Sadat, Al Qaida and its offshoots.”

He concluded that it was not possible to reconcile these views with the claim made by the Egyptian Muslim Brotherhood in their evidence to the review that “the Muslim Brotherhood has consistently adhered to peaceful means of opposition, renouncing all forms of violence throughout its existence”.

Previously, Lord Marlesford also asked the government to reveal their assessment of the appointment of Ibrahim Mounir to the role of Acting General Guide of the Muslim Brotherhood after the arrest of Mahmoud Ezzat; what assessment they have made of any threat posed by his presence (1) to national security, and (2) to their international relations.

The government replied with “We do not comment on individuals, but the Government keeps under review the views promoted and activities undertaken by the Muslim Brotherhood, including their associates in the UK.”

Any allegations of threats to UK national security or misuse of charity funding within the UK are robustly investigated and appropriate action is taken.

Lord Marlesford also called on the British government to reveal its future steps regarding conducting new reviews on the group. The government is set to disclose the report of the review on March 9th.