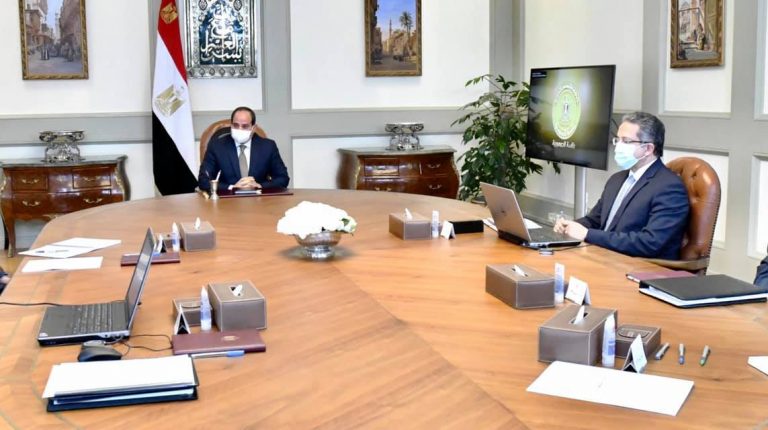 Egypt’s President Abdel Fattah Al-Sisi has directed for the maximisation of the country’s assets, including land and coasts, and their preservation as national wealth.

The remarks came as the President met, on Wednesday, with Prime Minister Mostafa Madbouly to follow up on the general strategy for tourism development throughout the country.

This comes as part of the framework for the optimal exploitation of the state’s assets for exploitation, whilst preserving their value as a national wealth.

Presidency Spokesperson Bassam Rady said that Al-Sisi was briefed on the state’s efforts to develop the tourism sector, especially in the areas of Red Sea and Mediterranean coasts.

This is with a view to develop the tourist complexes located in these areas.

The meeting was attended by Minister of Tourism and Antiquities Khaled El-Anani and Minister of Housing, Utilities and Urban Communities Assem El Gazzar.

In this context, the President directed for the creation of Egypt’s general strategy for tourism development, in a way that advances projects in the sector.

He also ordered for a speeding up in the implementation and operation of those projects that have not yet been completed, with the aim of providing additional job opportunities.