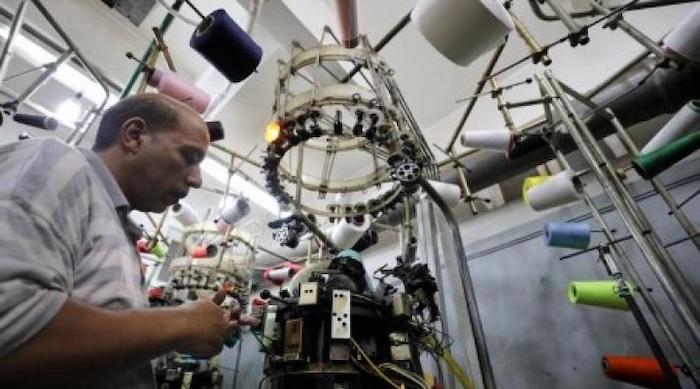 The latest figures, which remain below the 50.0 threshold that separates growth from contraction, signals only a slight deterioration in operating conditions, with the rate of decline the softest for three months. The index was also above its long-run average of 48.2.

Economic conditions in Egypt’s non-oil private sector weakened for the third consecutive month in February, amid declines in output and new business.

The report added that the pace of contraction softened from January and was marginal, helped by a record expansion in exports.

The report added that private sector output decreased for a third straight month in February, which companies related to a drop in sales amid the continued impact of the coronavirus (COVID-19) pandemic. On the upside, the pace of contraction slowed since the start of the year, and was only modest.

“Likewise, the drop in new sales was less marked compared to that seen in January, in part due to a strong upturn in export demand,” the report continued, “In fact, the rate of new foreign business growth was the sharpest in nearly ten years of survey data collection.”

The report said that firms also reported an increase in new contracts as well as a slight improvement in tourism activity. Nevertheless, overall demand was hampered by weak consumer spending as markets remained depressed due to the pandemic.

Commenting on the latest survey results, IHS Markit economist David Owen said, “Business conditions in Egypt’s non-oil private sector continued to decline in February, extending the latest dip in the economy seen since the end of last year and largely cancelling out the small rebound between September and November 2020.”

“On the upside, demand trends have moved closer to stabilisation, particularly as export sales picked up at a record pace during the month,” he added.

Owens also said that further growth in exports should help to improve overall sales in the future.

“Meanwhile, employment fell at a slower rate in February, as some firms expanded their staffing levels to account for an increase in workloads,” he added, “Alongside business sentiment data, this gives promising signs for an expansion in output as the impact of the COVID-19 pandemic subsides, though panellist comments suggested that some businesses may fail before the economy makes a full recovery.”

Finally, the report said that the outlook for the forthcoming year worsened in February, although companies still expect output to pick up from current levels.

Around 29% of businesses forecast growth, against just 1% predicting a decline. In the latter group, however, some firms highlighted the risk of permanent closure due to the steep economic downturn caused by the pandemic.