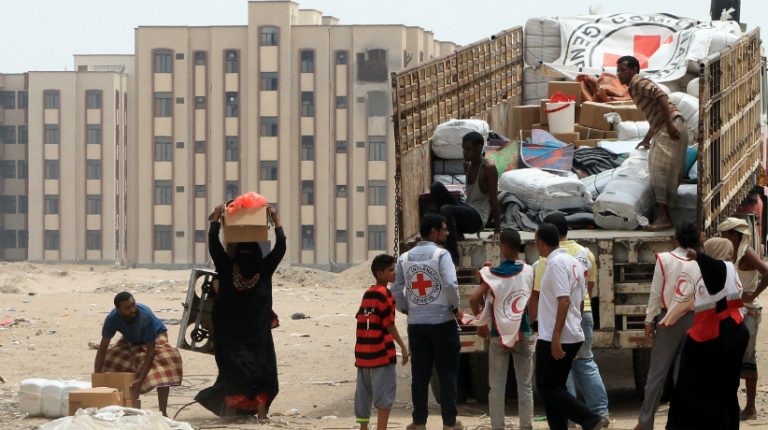 Famine could become part of war-torn Yemen’s “reality” in 2021, the United Nations warned on Tuesday, after a donor conference raising funds to keep millions from starvation fell short by over half.

Despite this shortfall, millions of Yemenis desperately need more aid to survive, with some $1.7bn pledged by the end of the morning. This fell far short of the appeal for $3.85bn when the conference began, the UN said.

“Cutting aid is a death sentence,” UN Secretary-General António Guterres said after the event concluded, “The best that can be said about today is that it represents a down payment.”

Tens of thousands of people have been killed in the six-year-old war, which has pit the Iran-backed Houthi rebels against an internationally recognised government supported by a Saudi-led military coalition.

Thanking those who did pledge generously, he urged others to reconsider what they can do to “help stave off the worst famine the world has seen in decades”.

“In the end, the only path to peace is through an immediate, nationwide ceasefire and a set of confidence-building measures, followed by an inclusive, Yemeni-led political process under United Nations auspices, and supported by the international community,” Guterres spelled out, “There is no other solution.”

More than two thirds of Yemen’s population of 29 million are relying on aid, which has already been cut from last year, putting a freeze on major programmes.

Speaking earlier at the conference to help lift the spectre of starvation looming over 16 million people, the UN chief warned, “Famine is bearing down on Yemen. [It is] impossible to overstate the severity of the suffering.”

Guterres painted a grim picture of more than 20 million Yemenis in desperate need of assistance and protection, especially women and children.

The term famine is used according to a globally agreed scale determined by levels of access to food, acute malnutrition and daily deaths due to hunger. While gathering the heavy burden of data needed to formally declare a famine is hard to achieve, nearly 50,000 are already starving to death in famine-like conditions, according to the World Food Programme.

Around two-thirds are suffering food shortages, healthcare or other lifesaving support, while some four million have been forced from their homes, with hundreds of thousands of others under threat. The UN describes Yemen as the world’s worst humanitarian crisis.

“The UN will continue to stand in solidarity with the starving people of Yemen,” Guterres said.

Around 50,000 are already starving in famine-like conditions, with some 16 million at risk of hunger this year, with the most acute cases in conflict-affected areas.

“The risk of large-scale famine has never been more acute,” the UN chief said, “The race is on, if we want to prevent hunger and starvation from taking millions of lives.”

This situation in Yemen comes against the backdrop that children are starving, and nearly half of those under age five are facing acute malnutrition, suffering wasting, depression and exhaustion. Guterres called childhood in Yemen “a special kind of hell”.

He warned that 400,000 children face severe acute malnutrition and could die without urgent treatment, and that starving children are even more vulnerable to preventable diseases like cholera, diphtheria, and measles.

Sick and injured children are turned away by overwhelmed health facilities that lack the drugs or equipment to treat them.

“Every ten minutes, a child dies a needless death from diseases, and every day, Yemeni children are killed or maimed in the conflict,” Guterres said, “This war is swallowing up a whole generation of Yemenis. It has to stop.”

Long after the guns fall silent, they will continue to pay a high price with many never fulfilling their physical and mental potential.

Last year’s humanitarian funding fell to half of what was needed and half of what was received the year before. The country’s currency has collapsed and overseas remittances dried up with the pandemic, he said, and humanitarian organisations have reduced or closed their programmes, creating a humanitarian situation that “has never been worse.”