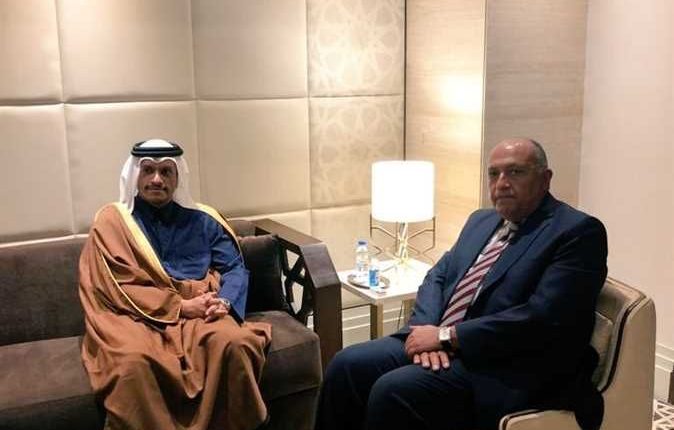 Ahmed Hafez, Spokesperson for the Egyptian Foreign Ministry, said that Shoukry and Al Thani will chair the Arab League meeting in its current session.

The Wednesday meeting was the first since the diplomatic crisis between Egypt and the Gulf Cooperation Council (GCC) country in 2017. It aimed to set the mechanisms and procedures for the future phase.

Egypt stressed that it is imperative to build on this step to strengthen Arab actions, and support relations between countries across the region. It added that this will be based on goodwill and non-interference in the internal affairs of other countries.

On 12 January, Egypt reopened its airspace to Qatari flights after a ban of more than three years due to the diplomatic rift.

When the boycott was announced, Egypt and its allies called on Qatar to cut ties with the outlawed group, Muslim Brotherhood, among other demands.

In 2013, the Islamist group was labelled a terrorist organisation in Egypt after the 30 June Revolution that toppled the Muslim Brotherhood-affiliated then President Mohamed Morsi.