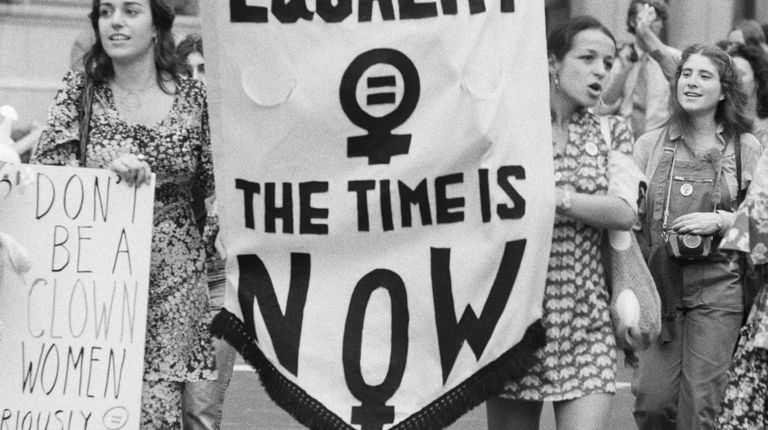 Every year, the month of March is set aside to celebrate women, their achievements, and their role in society.

Daily News Egypt dug further to discover the background behind the month of celebrations, and reveal the stories behind every day.

After the 1952 revolution, the ruling authorities in Egypt issued a new constitution for the country that was announced by President Gamal Abdel Nasser on 16 January 1956. This has become known simply as the 1956 Constitution.

On 16 January 1956, the declaration of the constitution voiced the expression of the people’s will, and came in a popular conference at Abdeen Square.

Shortly after, the election law, or Law No 73 of 1956, was issued on 3 March 1956, regulating the exercise of political rights. What distinguished it was that it reduced the voting age to 18, in order for young people to have a positive role in participating in the country’s affairs.

This law recognised the right of women to vote, as Article 1 of the law stipulates that every Egyptian (male or female) who has reached 18 years of age must personally exercise political rights.

In 8 March 1856, thousands of women protested in the streets of New York City against the inhuman conditions under which they were forced to work, causing the police to come out in force to disperse the demonstrations.

However, the march succeeded in pushing officials and politicians to put the problem of working women on the daily agenda, to highlight it as an urgent issue that has to be considered.

This scene was repeated on 8 March 1908, when thousands of textile workers returned to demonstrate again in the streets of New York. This time, they carried dry bread and bouquets of flowers, in a symbolic context of their protest movement. The march called for reduced working hours, putting an end to child labour, and granting women the right to vote.

Accordingly, the celebration of 8 March began as a day for American women, and after the US, European countries came to consider 8 March as women’s day.

As for the rest of the world, Women’s Day gained greater ground in 1977 when the United Nations (UN) issued a resolution calling on the countries of the world to adopt any day of the year they choose to celebrate women.

The majority of countries decided to choose 8 March as that day, and in 1987 the US Congress expanded the scope of the celebration of women to extend over an entire month.

Speaking outside the Press Syndicate on 12 March 1954, renowned Egyptian feminist and poet Doria Shafik said, “Egyptian women will not accept to be ruled by a constitution that they did not participate in discussing.”

She announced a sit-in as part of the move to gain greater women’s participation in politics and the Constituent Assembly in charge of preparing the constitution.

The sit-in raised a main demand, which is the right to run and vote for Egyptian women.

The date of 16 March is a special day in the history of Egyptian women’s struggle towards obtaining their rights. The root of the day goes back to 1919 when women participated for the first time in political demonstrations during the revolution of that year.

The wives of Egyptian politicians and students from the Sunni Secondary School for Girls participated in these demonstrations, carrying both the crescent and the cross, confirming national unity.

These demonstrations were the beginning of a series of women-led demonstrations. The revolution witnessed the fall of female victims, the first of which was Shafiqa Mohamed Al-Ashmawi.

Four years after the great representation of women in the 1919 revolution, Hoda Shaarawy founded the Egyptian Women’s Federation on the same date of 16 March 1923. The organisation served as the first women’s union in Egypt, and the only association that represented the country in the first international women’s conference.

On 16 March 1956, Egyptian women obtained the right to vote and to be elected, which was one of the demands that Egyptian women fought for. It was officially fulfilled in the 1956 Constitution.

The date 21 March marks Mother’s Day in Egypt. Egyptians have been choosing one day in the year to honour mothers, and to express their appreciation for them since the Ancient era, by designating the ancient Egyptian goddess Isis as a symbol of motherhood.

Throughout the ages, the idea was raised again by journalists Ali and Mostafa Amin, the founders of Akhbar Al-Youm newspaper, as the former received a letter from a mother complaining of ill-treatment from her children.

Meanwhile, another mother visited Mostafa Amin in his office and told him about her story of becoming a widow, and subsequently devoting her life to her children by not remarrying.

She became both a father and mother figure to her children, until they graduated from university and got married. However, they currently only visit her on occasions, she complained.

This prompted and pushed Ali Amin to write, in his famous column Fekra (Idea), an article suggesting devoting a special day to celebrate mothers. His idea gained popularity, and his column’s readers began suggesting dates to mark the occasion.

Accordingly, 21 March was selected as a day to celebrate motherhood throughout the nation, as it signals the beginning of spring.

It was celebrated for the first time in Egypt in 1956, during the era of the late Egyptian President Gamal Abdel Nasser, after which the entire Arab world adopted the idea of celebrating Mother’s Day.