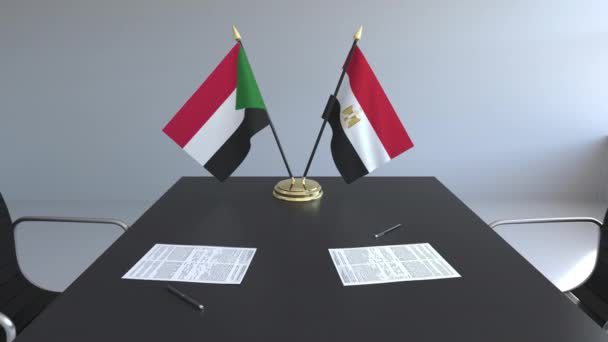 Egyptian President Abdel Fattah Al-Sisi’s current visit to Sudan has come at a difficult moment for both countries.

Both countries are currently disputing with Ethiopia over the latter’s Nile dam, while Sudan has made strong statements regarding the Halayeb and Shalateen triangle.

Lately, Egypt and Sudan witnessed a rapprochement after weeks of disagreement over several issues, in addition to a media spat. Here, Daily News Egypt reviews some of the important events in the relations between the two countries in the past five years.

On 27 October 2020, Lieutenant General Abdel Fattah Al-Burhan, Head of the Sudanese Sovereignty Council, visited Egypt and met with his Egyptian counterpart. The latter confirmed Egypt’s keenness to continue cooperation and coordination with Sudan in all files of mutual interest, and to push towards the speedy implementation of joint development projects. These include the electric link and the railway line, which are being built for the sake of the peoples of the two countries.

On 27 January 2019, Sudanese former president Omar Al-Bashir visited Egypt, where  he was received by Al-Sisi. The visit came as part of the keenness to strengthen the bonds of bilateral relations between the two countries, as well as mutual consultations on regional and international issues of common interest.

On 25 October 2018, Al-Sisi paid an official visit to Khartoum, where he took part in a summit with Al-Bashir to review ways of strengthening the two countries’ relations. The summit also focused on major projects in the fields of electrical and iron interconnection, in addition to food security, infrastructure, industry, trade, investment, culture and education.

On 5 October 2016, Al-Bashir visited Egypt to lead his country’s delegation at the joint supreme committee between Egypt and Sudan. During this visit, Al-Sisi awarded Al-Bashir the Star of Honor medal, in appreciation for his participation in the Sudanese military units that served on the battlefront in the War of Attrition and the October 1973 War.

On 23 March 2015, Al-Sisi visited Sudan, to participate in the Egyptian-Sudanese-Ethiopian tripartite summit called for by Sudan.