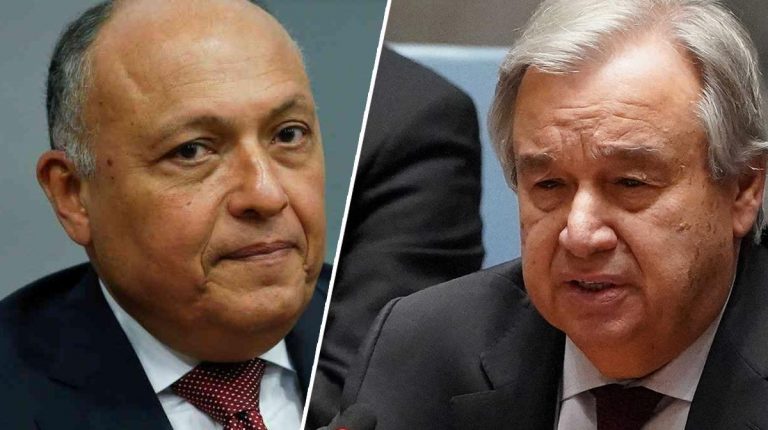 Hafez added that Shoukry reviewed the elements of the proposal put forward by Sudan, which Egypt has lent its support to, to develop the negotiations mechanisms. This is with the aim of involving the international community in the talks through the formation of an international quartet, led by AU’s current president the Democratic Republic of Congo (DRC).

The Quartet would also include the UN, the European Union (EU), and the US who will jointly mediate the negotiations.

Hafez said that Shoukry stressed the need to launch a serious and effective negotiation process, under AU auspices, and with the participation of international parties.

This process would result in a fair, balanced and legally binding agreement on filling and operating the dam, taking into account the interests of the three countries involved in the negotiations, namely Egypt, Sudan, and Ethiopia.

He emphasised that this agreement should be reached before the next flood season, during which Ethiopia announced its intention to implement the second phase of filling.

Shoukry noted that Ethiopia’s unilateral move would have negative implications and consequences that should be avoided, by reaching an agreement at the earliest possible opportunity.