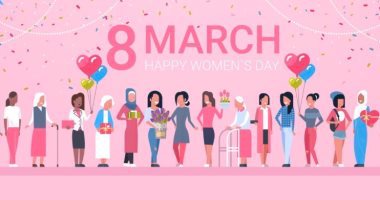 On 8 March, the world celebrates International Women’s day, with this year’s celebration highlighting the transformative power of equal participation between genders, according to United Nations (UN) Secretary-General António Guterres.

Speaking in a video message for International Women’s Day, Guterres said, “We are seeing it ourselves at the UN, where I am proud that we have achieved gender parity in UN leadership posts for the first time in history.”

He confirmed that the evidence is clear that when women lead in government, bigger investments are seen in social protection, and greater inroads are made against poverty.

“When women are in parliament, countries adopt more stringent climate change policies, and when women are at the peace table, agreements are more enduring,” Guterres said, “And with women now serving in equal numbers at the top leadership posts at the UN, we are seeing even more concerted action to secure peace, sustainable development and human rights.”

He said that in a male-dominated world, gender equality is essentially a question of power, and assured that males are an essential part of the solution.

He added that as the world recovers from the novel coronavirus (COVID-19) pandemic, support and stimulus packages must target women and girls specifically. This would take place through a range of efforts, including investments in women-owned businesses and the care economy.

“Pandemic recovery is our chance to leave behind generations of exclusion and inequalities,” he said.

Guterres said that whether running a country, a business, or a popular movement, women are making contributions that are delivering for all and driving progress towards the UN’s Sustainable Development Goals (SDGs).

“It is time to build an equal future, which is a job for everyone, and for the benefit of everyone,” he assured.

During his speech, Guterres said that the COVID-19 pandemic has erased decades of progress towards gender equality.

Guterres noted that women’s lives have been upended and their rights eroded, whether it was high job losses or the exploding burdens of unpaid care.

Women’s lives have also been significantly affected by disrupted schooling and an escalating crisis of domestic violence and exploitation, among other issues. Mothers, especially single mothers, have faced acute anxiety and adversity.

Guterres noted that the consequences will far outlast the pandemic, despite women being on the frontlines of the pandemic response.

He said that they are the essential workers keeping people alive and holding economies, communities, and families together. Women are also among the leaders who have kept prevalence rates lower, and countries on track for recovery.

Notably, the world celebrates International Women’s Day every year on 8 March, with the first celebration taking place in 1856 when thousands of women took to the streets of New York City.

They were protesting against the inhuman conditions under which they were forced to work, causing the police to come out in force to disperse the demonstrations.

However, the march succeeded in pushing officials and politicians to put the problem of working women on the daily agenda, and to highlight it as an urgent issue that has to be considered.

This scene was repeated on 8 March 1908, when thousands of textile workers returned to demonstrate, again in the streets of New York. This time, they carried dry bread and bouquets of flowers, in a symbolic context of their protest movement. The march called for reduced working hours, putting an end to child labour, and granting women the right to vote.

Accordingly, the 8 March celebration began as a day for women in the US, and afterwards in European countries, who came to consider the date as women’s day.

As for the rest of the world, 8 March gained greater ground in 1977 when the United Nations (UN) issued a resolution calling on countries of the world to adopt any day of the year they choose to celebrate women.

The majority of countries decided to choose 8 March as that day, and in 1987 the US Congress expanded the scope of the celebration of women to extend over an entire month.