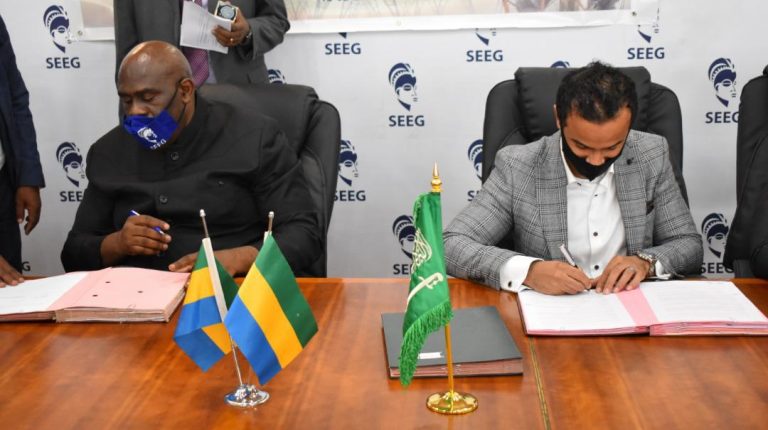 Al-Sharif Group Holding (ASG) has signed an agreement with the Executive Authority in Gabon to develop infrastructure for energy projects in the African country.

The work will take place through its office in Egypt, which is a centre for managing its international business spread in more than nine countries in each of the continents of Asia, Africa, and Europe.

The group intends to increase its business volume in Egypt in the energy, water infrastructure, manufacturing, high technology, and tourism and hospitality sectors. Its office in Cairo was the gateway through which it spread to several other North African and Central African countries.

ASG has contracted with SEEG Gabon to lay the foundations for long-term cooperation, with a focus on securing electricity in Moanda city.

This agreement allows for an ideal supply of energy on the Moanda-Bakoumba lines on the border between Gabon and the Democratic Republic of Congo (DRC), as well as the Moanda-Mounana-Lastourville-Koulamoutou lines, to meet social energy needs and develop new industries.

ASG’s CEO and Board Member Nawaf Bin Faiez Alsharif said that the agreement to develop Moanda’s power plant in Gabon is an extension of the group’s strategy to spread and expand regionally.

Alsharif added that the project is the third leg of the group’s presence in Africa, which is in line with its development plans and its contribution to the development of vital projects in these states.

He emphasised that Egypt had greatly contributed to the group’s opening of new horizons and expansion to North African and Central African countries, through ASG’s business administration office.

“The group intends to increase business volume in Egypt in various fields, including, but not limited to, energy and water infrastructure works, manufacturing and high-tech fields, in addition to tourism and hospitality sectors,” he noted.

ASG has signed a long-term financing contract with the National Bank of Egypt (NBE), to contribute to the investment cost of the Shepherd Hotel development project. The contract was worth EGP 1.4bn, with the loan amounting to EGP 978.2m and an interest rate of 8%, with a grace period of three and a half years.

In Egypt, the group obtained the usufruct right of the Novotel Cairo El Borg Hotel, in addition to its electricity contracting businesses. Its total investments amounted to approximately EGP 2.5bn after the completion of the development of the Shepherd Hotel.

ASG is a Saudi company established in 1980 in the port city of Jeddah, and it is one of the leading companies in engineering, construction and infrastructure works, especially electrical power connection projects and their generators.

The group is one of Saudi Arabia’s market leaders in providing energy through distribution and transmission. Through the various business units of the group, the company is currently implementing multiple projects worth more than SAR 1.7bn, as value of executed works in the energy field exceeded more than SAR 7bn.