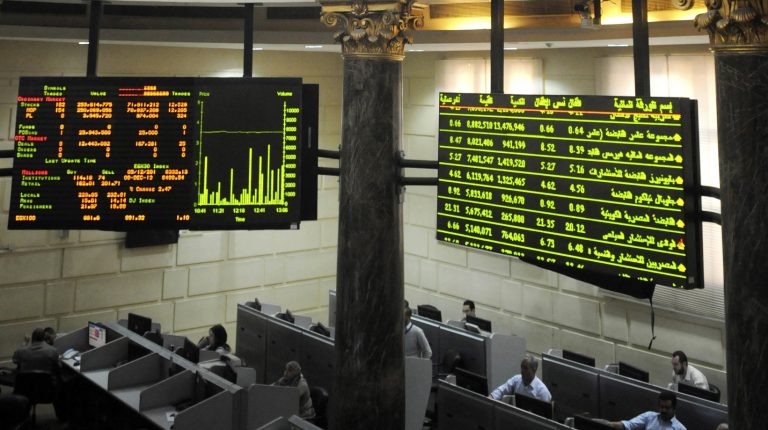 The Egyptian Exchange (EGX) has witnessed strong selling pressure for the fifth consecutive session, clearly shown through the bearish performance of all market indices.

Traders advise to use any rebound that would be seen as a chance to reduce the margin.

Mohamed El Aasar, Head of the Technical Analysis Department at Thndr Securities Brokerage, said that most of the active trading stocks are underperforming on the EGX.

As a result, they have already broken below their key support levels, thus this performance variation would call for adopting a conservative discipline to deal with each stock separately.

He added that, in case of witnessing further decline, Thndr Securities Brokerage’s focus will remain concerned on the next support level lying at 11,288 points, which represents February’s low.

According to the current market conditions, any rebound would be seen as a chance to reduce the margin.

“We will keep our conservative viewpoint as long as the Index keeps trading below the resistance area that lies between 11,630 – 11,675 points,” El Aasar said, “Short term traders are advised to adhere to the stop loss levels for each stock separately and reduce marginal exposures at any rebounding attempt.”

Total market capitalisation reached EGP 689.9bn at the end of the period, representing a decrease of 2.74% over the last week.

Stocks trading accounted for 42.62% of the total value traded of the main market, while the remaining 57.38% were captured by bonds over the last week.

Since the beginning of the year, Egyptians represented 84.6% of the value traded in listed stocks after excluding deals, Foreigners accounted for 8.7%, while Arabs captured 6.8%. Foreigners were net buyers by EGP 148.1m, and Arabs were net buyers by EGP 180.9m, after excluding deals in listed stocks during this year since they started.

Egyptian U-21 youth to trade on EGX without guardian